Home Canada Adventures in Canada – A Travel Guide That Will Inspire You To...

If you are looking for a destination that is filled with a plethora of spectacular natural landscapes combined with a number of urban environments, Canada is definitely a place that should be on your radar! We have been fortunate to visit Canada on several occasions and look forward to exploring many more times in the near future. We hope this guide to our adventures in Canada will give you some inspiration to book a trip to the Maple Leaf nation sooner rather than later.

As we return to Canada in the future, we will continue to update this page to provide further information about our experiences so that you can choose to either live vicariously through or us as we hope, plan a trip for yourselves to this beautiful country.

Let’s start out by taking a look at a map of Canada and where some of the iconic locations can be found. If you are unfamiliar with the geography and overall magnitude of Canada, well it’s a pretty large nation…in fact, it’s the world’s second largest behind only Russia!

In a similar vein to Australia, much of Canada is uninhabitable but those areas that are populated are certainly some of the most spectacular we have visited.

We have been fortunate to visit the following Canadian provinces and here are some of the highlights you can experience in each of them! 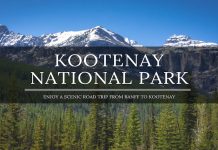 How to Enjoy the Drive from Banff to Kootenay National Park? 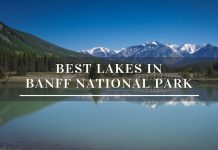 10 Best Lakes in Banff National Park You Need to Experience 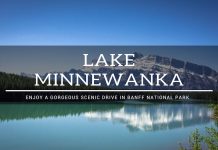 Lake Minnewanka Scenic Drive – How to Enjoy This Amazing Loop? 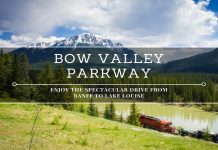 Why the Drive from Banff to Lake Louise Will Blow Your Mind? 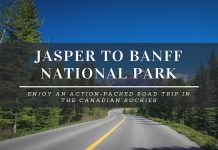 How to Enjoy the Amazing Drive from Jasper to Banff?