There are certain parts of the world that are just blessed to have an abundance of amazing architecture. If you are considering any form of travel to Eastern Europe in the near future, you will appreciate after reading this post why this is a real gem of a region for breathtaking forms of architectural brilliance.

Inspired by the various historic architectural periods such as the Rennaissance and the Baroque, many Eastern European countries can lay claim to having some of the best architectural structures not only across the continent but also around the world.

We are delighted to collaborate with a number of our friends from our across the globe who have shared some of their favorite Eastern European monuments, landmarks and other forms of architecture.

The Brest Fortress is located in Brest, the southwest corner of Belarus, minutes from the Polish Border. I really like this monument as it reminds me of an underdog winning, as they managed to repel the German invasion of the fortress in June 1941 for 8 days, much longer than anyone expected.

The monument is of an injured soldier, attempting to get water having survived days without food and water in the battle. There’s a reason the fortress was named a Hero Fortress in 1965.

Thanks to Jub from Tiki Touring Kiwi for highlighting why Brest Fortress is one of his favorite architectural structures around Europe.

The ‘Old Bridge’ or to give it the correct name Bosnia’s Stari Most, Mostar is just as stunning in the flesh as it is in the images online. This stone bridge sits about two hours outside of Bosnia and Herzegovina’s capital city, Sarajevo, and can be visited as a day trip or overnight (to avoid the crowds!)

The beautiful blue/green water which Stari Most is built on is the Neretva River. Mostar is not only famous for the bridge but also the divers who take the plunge, for money of course!

Thanks to Gemma and Craig from Two Scots Abroad for highlighting why Stari Most is one of their favorite architectural designs around Europe.

Europe is full of impressive architecture but I love discovering more off-beat surprises and Buzludzha, Bulgaria’s UFO-like, abandoned Communist headquarters is one of the most interesting, surreal and unique buildings that I’ve ever seen.

Buzludzha is perched eerily on a mountain top near the pretty medieval town of Veliko Tarnovo in Bulgaria and it isn’t officially a tourist attraction – I had to climb in through a hole to enter!

As well as being impressive and uniquely surreal from the outside, inside you can see interesting crumbling communist mosaics and even climb up the tower for amazing views across the mountains (at your own risk of course, as it is a derelict building!).

Buzludzha is quickly crumbling away with the elements so if you want to see a unique piece of communist history, go quickly before it is lost to the forces of nature.

Thanks to Anna from Global Gallivanting and Will from The Broke Backpacker for both recommending the infamous Buzludzha Monument in Bulgaria.

The Hungarian Parliament Building in Budapest is by far my favorite landmark in Europe. The Neo-Gothic architecture is absolutely stunning. Every time I saw even the slightest view of this spectacular building, I would have to stop and stare, and since Parliament sits along the Danube River, there are plenty of places to catch a good view of it.

We too have visited the Parliament building while exploring Budapest in one day and we definitely agree with Sadie’s comments that this is one of the most spectacular buildings across Europe. I love the iconic location beside the Danube River and clearly, this is a focal point of Budapest.

Whether you are walking along the banks of the river or perhaps staring down from the Fisherman’s Bastion in the old city, the Parliament is certainly a landmark that you cannot miss…and why would you want to! It’s an amazing architectural design dating back to 1904 when it first opened.

Thanks to Sadie from Eclectic Trekker for suggesting the Hungarian Parliament Building in Budapest as one of the best structures in Europe.

Everyone who visits Budapest can’t help talk about the city’s beauty. Known as the Paris of the East, Budapest is one of the most beautiful cities in the world. The city is known for its many thermal baths.

From the early days as a Roman outpost, Budapest has welcomed visitors with natural hot springs to soak and relax. There’s nothing like visiting the massive Szechenyi bath complex and dipping into the hot waters for a few hours. Szechenyi is the most iconic hot springs in the world.

Thanks to Lance and Laura from Travel Addicts for their recommendation of Szechenyi Thermal Baths in Budapest.

Do you remember the collapse of the Soviet Union with its nightly television images of jubilant crowds tearing down Soviet statutes? Not every statute was destroyed. Some, about 40, were saved and brought together at Memento Park in Budapest. Today they stand as a fascinating footnote to history – sad and almost forgotten.

My Tip: Don’t go on a sunny day, try to be there when it is grey and overcast and you might get a sense of the hopelessness felt by the millions who lived under the shadow of such symbols.

Thanks to Lyn from The Travelling Lindfields for her recommendation of Memento Park in Budapest.

Prizren, the second largest city in Kosovo, is my favorite place in the Balkans. It retains a delightful village feel where life goes on slowly, except for the summer when Prizren hosts the Dokufest which attracts over 20,000 people from all over the world.

The old town, with Sinan Pasha Mosque and the Unesco-listed Church of the Virgin of Ljeviš among other important monuments, shows the important role played by the city during the Ottoman and Byzantine empires. Don’t miss the view of the city from the fortress at sunset time, it’s breathtaking.

Thanks to Stefania from Every Steph for her recommendation of visiting Prizren in Kosovo to appreciate a myriad of amazing architecture.

The Chuch of St. Sava is a beautiful piece of Serbian architecture and is one of the largest Orthodox churches in the world. The church is located in the Vračar district of Belgrade and is hard to miss as it dominates the skyline. This Serbian Orthodox Church is St. Sava’s final resting place, who is the founder of the Serbian Orthodox Church.

It is relatively new to the capital of Serbia and is being completely financed by donations. This is the reason why the interior is still not complete, and perhaps never will be – who knows!

Thanks to Natasha and Cameron from The World Pursuit for their recommendation of the Church of Saint Sava in Belgrade.

In my opinion, what makes Istanbul the city I love, is its cultural diversity which has a history of more than 3000 years. The geographical uniqueness of Istanbul which connects Europe and Asia with its beautiful Bosphorus attracted many civilizations and they all left their marks in Istanbul, the heart of Turkey.

If you’d ask me to choose one building to explain this cultural diversity of Istanbul, no doubt I’d choose Hagia Sophia. When you enter Hagia Sophia, located in the heart of Istanbul’s historic center, you will see the history written on the walls. The former seat of the Patriarch of Constantinople was turned into a mosque by the Ottoman Conquerers to symbolize their power and take-over.

Today, Hagia Sophia is neither a church nor a mosque. It is a museum which symbolizes the modern Turkey, the country which has been combining both western and eastern cultures and religions for centuries, just like Hagia Sophia.

Thanks to Cansel from Citizen on Earth for her recommendation of the Hagia Sophia in Istanbul.

Istanbul is one of our favorites cities in the world. The mix of culture, the people, the food, the architecture… a city that stole our hearts! There is a place that we absolute love to visit when we are in Istanbul. From the Istanbul’s Asian side (Istanbul is divided into both Eastern Europe and Asia) you get the best views of the Maiden’s Tower, a lighthouse turned into a museum.

Go there for the sunset, sit in one of the cafes, order a “çay”, relax and enjoy the view. The boats crossing the Bosphorus, seagulls flying over the vessels, the “simit” sellers yelling “Simit, Simit, Simit!!”, the silhouette of the tower reflecting on the channel, it’s everything like a choreography.

Thanks to Rob and Nat from Love and Road for their recommendation of the Maiden’s Tower in Istanbul.

When you travel to Eastern Europe, you are presented with a variety of unique, amazing architecture. Every country has something very different that helps characterize that particular nation but clearly, countries like Hungary and Turkey are popular spots. However, that should take nothing away from any of the other countries typically linked to the ‘Eastern Europe’ region.

We would like to reiterate our appreciation to all our fellow travelers who have graciously shared their awesome pictures of Eastern European architecture! We hope this inspires you to travel to a part of the world that frequently comes under scrutiny because of all the negative media it receives.

What is your favorite Eastern European country and why? Do you have an appreciation of architecture when traveling? 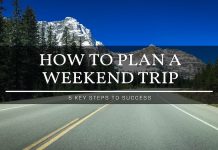 How to Plan an Affordable Weekend Trip in 5 Easy Steps 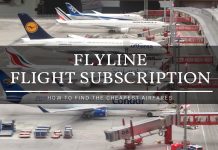 FlyLine Flight Subscription – How to Find the Cheapest Airfares 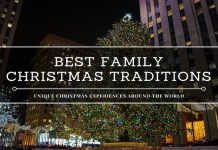 Enjoy the Best Family Christmas Traditions Around the World