One of the great cities in the mid-west of the United States has to be St. Louis, Missouri! An action packed city, home of the 2011 World Series Champions the Cardinals, the magnificent sight of the Gateway Arch and much, much more leads the city to being a great attraction for many global tourists and travelers. I have visited St. Louis on various occasions and there are different things to do each and every time you visit there:

Although I have yet to experience a Cardinals MLB game, I am sure that for anyone with a keen interest in baseball would appreciate a trip to Busch Stadium even if it is just to take a tour of the stadium or visit the museum to take a look back in Cardinal history rekindling some of those fond memories of their success in earlier decades. Staying on the theme of sport, we visited the Edward Jones Dome, home of the NFL team the St. Louis Rams. 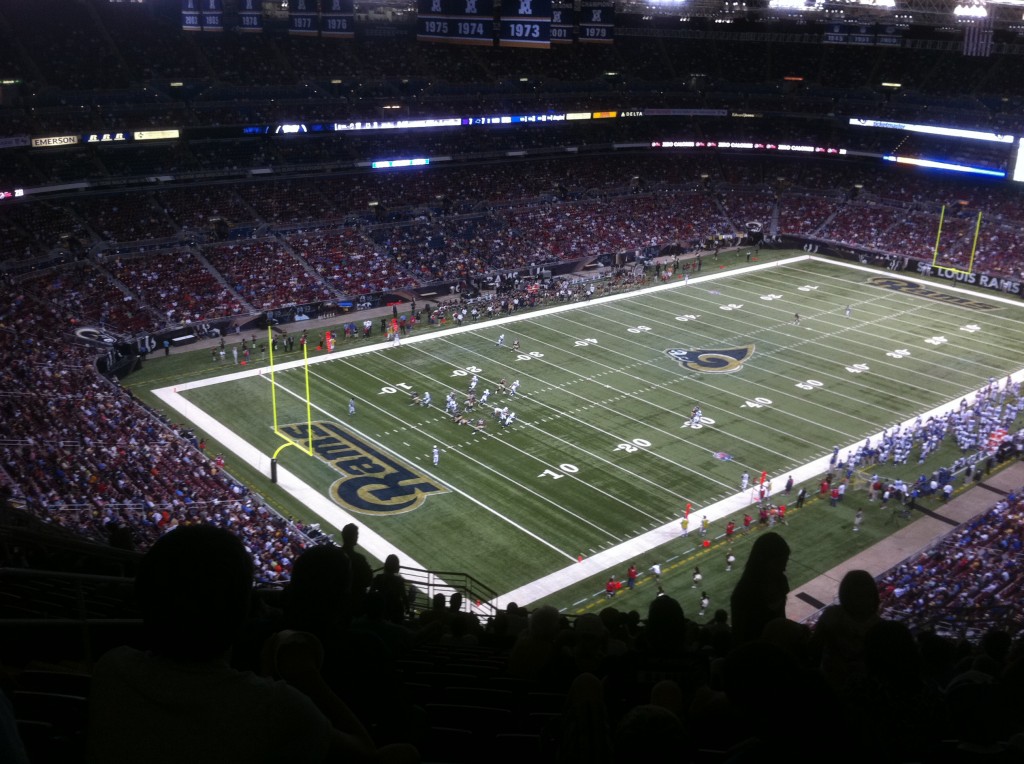 We experienced a pre-season game against the Indianapolis Colts and of course this is not nearly the same as a regular season game, it gives you a great chance to see the spectacular views on offer from various vantage points from inside the dome. Getting to the stadium even for just a pre-season encounter was not the easiest and parking was certainly not any easier! I would recommend getting there early and walking around downtown prior to kickoff or parking off-site and then using public transportation to get close to the stadium.

Standing tall at the heart of the St. Louis skyline is the Gateway Arch which was opened in 1968 as a monument to the westward expansion of the United States. At 630 feet, the arch stands proud above many other leading structures in the area and is a perfect stereotype for modern day architecture especially given that it was originally designed in the early 1960s. It is the tallest man-made monument in USA and the largest architectural structure designed as a weighted arch. 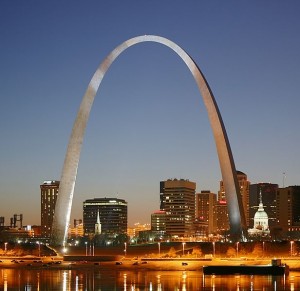 Tourists can take a tour to the summit of the arch and view up to 30 miles in surrounding areas on a clear day. Views to the West provides unbelievable views over St. Louis and to the East are even more spectacular landscapes of the Mississippi River and into nearby Illinois.

One of our recent trips to St. Louis saw us stay at the Pear Tree Inn which is in close proximity to downtown and in particular Union Station. Walking into Union Station is a great experience which various shops on offer but also noticing the history that is present in what was once one of the world’s busiest passenger rail terminals. Now a prevalent marketplace in the heart of St. Louis, Union Station offers various restaurants and tourist attractions to keep all members of the family content for hours! Union Station is truly a shopper’s delight with almost 100 shops and various cuisines to choose from. 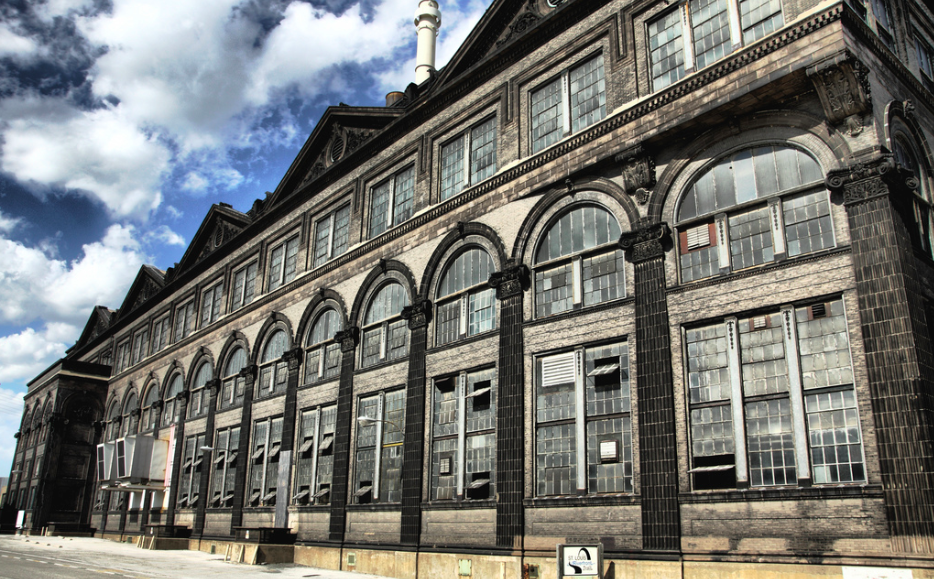 An important part of the special appeal is the variety of unique retail shops, offering everything from fine fashions to one-of-a-kind gifts and mementos. This is a great spot for tourists and locals to hop on the rail and head downtown to the cobbled streets of old downtown near the arch and casino. There are also many great pubs to sample some of the local beers, especially given the heritage from Anheuser Busch being based out of St. Louis.

[…] I was a little girl watching Mark McGuire break records. The downtown area is equipped with many historical landmarks and attractions for your added entertainment, but it is “St Louis off the beaten path” that we explored during our recent […]

I love St. Louis, and one of my favorite sights there is the Old Courthouse. It's part of the Jefferson National Expansion Memorial, which includes Gateway Arch, but most people seem to overlook the beautiful building, parks and fountain, which are framed perfectly by the Arch. Lots of great history, too. Hmmm...maybe time for another visit! :)

St. Louis really is a beautiful city and for the most part underrated in comparison to many other leading cities around the States. Probably because of it's location in the Mid-West but whatever the reason, I think there are a lot of people missing out on a great experience. We live about 4 hours from St. Louis and try to head there at least a couple of times each year. It's been a few months for us so maybe its time again to head there!

St Louis is one of my favorite cities, but we have not yet visited any of the sporting attractions or Union Station.

We enjoyed the St. Louis Rams game even though it was just a pre-season game against the Colts! Everyone around these parts raves on about the Cardinals and so if you are in the least bit interested in MLB, St. Louis is your spot to head to Busch Stadium.