Where are you planning on spending your Christmas this year? The majority of us will be thinking about keeping warm and perhaps hoping for the perfect White Christmas. However, I can attest that coming from England, the majority of us end the year disappointed because the weather never seems to cooperate. What about if you could experience the exact opposite? Don’t worry, why not head Down Under and have the perfect Christmas in Australia!

We have been fortunate to experience the Christmas festivities in Brisbane and this year we will be heading to Melbourne for the Christmas season. We are delighted to welcome our friend Kreete Tokman from Adventurous Trails who will share her thoughts on why Australia is the perfect getaway for those living in the Northern Hemisphere. Originally from Estonia, Kreete has experienced both, so we are intrigued to see why she thinks Australia is the ultimate place to celebrate Christmas.

When thinking about celebrating one of the most popular holidays in the world, most people might get visions of snow, Christmas markets, and Santa Claus. I mean, who doesn’t love the thought of a stereotypical White Christmas? I know I do, as it has always been a norm for me growing up in the cold climate of Estonia.

For the second year running I will be celebrating Christmas on the other side of the equator in Australia and when everybody is having fun in the snow, I’ll be having a dip and a tan on the beach. In this post, I’ll be introducing what Aussies do during their most popular summer holiday.

Going camping over Christmas is an Aussie tradition. Everybody is on annual leave, kids get five weeks off from school during this time and that makes camping a great opportunity for a family outing in the bush. Venturing off the beaten path and enjoying a camping trip is the most Australian thing to do, given that an overwhelming number of people in Australia love camping and fishing.

Many own an impressive collection of must-haves and not so must-have camping equipment. I am talking 4WD vehicles set up with roof-top tents (yes, that’s us!), camper trailers folding out to a massive tent fortress with kitchens, toilets, and double beds to full on homes on the road.

No, Aussies don’t take camping lightly and Christmas in the summer makes camping one of the most popular activities during the festivities and with so much beautiful nature around you, why wouldn’t you want to go and play house in the bush?

All Aussies hit the beaches at Christmas, it’s as simple as that! On Christmas Day there will be no available picnic tables or BBQ’s left after 9 am.

You will be lucky to pitch a towel on the sand next to some very jolly fellas enjoying a drink (which is illegal in most public places), a tan and a dip. The water has just gotten warm and everybody has time off… what’s not to like?

Pack your roast to go or make it a barbecue with all your family. Join other travelers from cooler climates living out their fantasy of spending Christmas on the beach under the hot summer sun. It has become a tradition for international visitors who are in Sydney at Christmas to go to Bondi Beach where up to 40,000 people visit on Christmas Day.

Not fantasizing about Christmas on the beach? Perhaps you are not from Australia and think that it’s not right to have Xmas without snow? Can’t get into the Christmas spirit? Then going to the “snow” could be your answer. There are several ski resorts in Australia’s high country of the states of NSW, Victoria, Australian Capital Territory and Tasmania along with real snow to get you right into Christmas spirit.

The extensive skiable terrain in the South Eastern states is between elevations of around 1250 meters to 2200 meters. The accessible winter snows are generally found above 1500 meters. Thredbo, near Mount Kosciuszko, has Australia’s highest point accessible by ski-lift at 2037 meters.

Other well-developed downhill ski resorts include Perisher in NSW, Mount Hotham, Falls Creek and Mount Buller in Victoria which has the largest snow village in Australia with accommodation of 7000 beds. Go skiing, snowboarding and stay in a lodge for the full experience. Book early and be sure to plan everything well in advance.

Many neighborhoods decorate their houses in elaborate light displays and compete with each other trying to beat others each year. Some do it for fundraising while others are obsessed with Christmas.

There is a house in Dubbo that has a shipping container in the backyard for 11 months of the year to store all the owners Christmas lights that the whole community will drive out to admire in December.

Next to the lavish jaw-dropping window displays at someone’s property, you’ll find a donation box for the Salvation Army and a guest book filled with names and countries from all over the world. When it gets closer to Christmas, the host will come out of his house dressed as a Santa to greet all the inspecting visitors.

When most parts of Europe have their main meal at dinner time, Aussies prefer to have lunch on Christmas Day along with Christmas crackers and presents. When all the businesses close and public transport stops working, this is when Australians enjoy a substantial roast consisting of different roast meats and vegetables very similar to European Christmas food.

Many choose to have a BBQ instead and indulge in fresh seafood bought from the local fish markets on Christmas Eve. Throwing a “shrimp on the barbie” is not such an uncommon saying then after all.

And to top it all up, the feast is followed by Pavlova, a soft meringue cake topped with whipped cream and fresh fruit. Is it Aussie or from New Zealand will forever be a debate.

Some families play backyard cricket with their families after stuffing themselves full of oysters and pavlova while others have water balloon fights to cool down under the hot Australian sun. 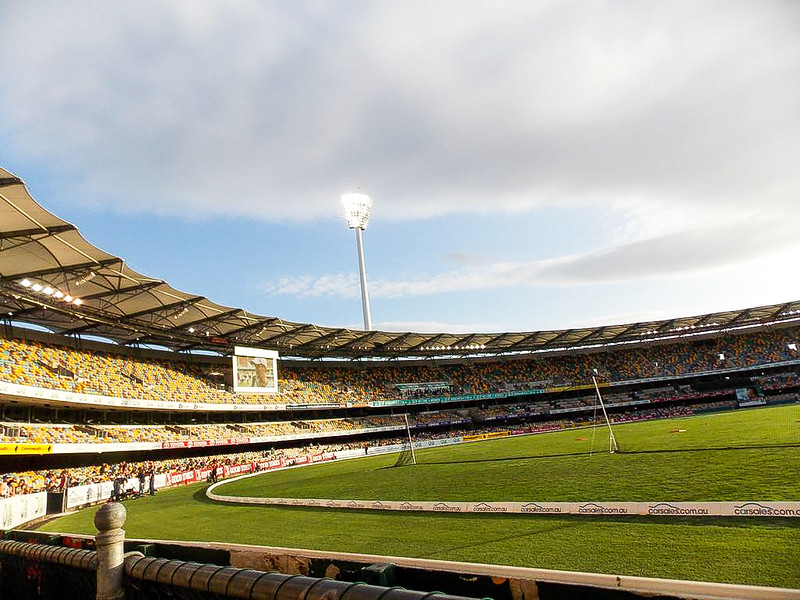 The Christmas break is an opportunity for sports fans to enjoy two major sporting events. December 26th is the opening day of the “Boxing Day Test” between the Australian Cricket Team and an international touring side at the Melbourne Cricket Ground. 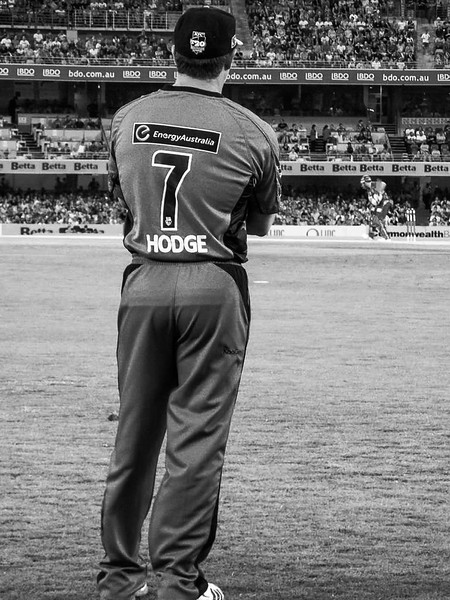 In Sydney, one of the world’s most prestigious yacht races, the Sydney to Hobart Yacht Race, starts on Boxing Day from Sydney Harbour and is an awesome attraction to watch if you have the opportunity to be in either location at the start or end of the race.

Whatever your reasons are for visiting Australia during their summer break, experiencing Christmas on this side of the equator is a must for everyone at least once. So if you are wondering where to go this Christmas, Australia has got you covered!

From sun and sea to snow and skis with camping in the outback in between, Australia has it all! Have you ever spent Christmas in Australia? What would you add to the list? If not, would you ever consider it? Let’s talk in the comments!

We would like to reiterate our appreciation to Kreete for sharing such inviting experiences in Oz. Christmas in Australia is certainly something that we are excited about this year and definitely an experience you should all consider at least once in your lifetime.

Hey Chris, What a wonderful portrayal of Christmas in Australia! And of-course the White Christmas. Moreover, I loved the idea of storing Christmas lights in a shipping container all round the year. Shipping Containers act as a wonderful of storage. Especially the used cartridges can be modified into a store room and anything valuable can be stored in it. :) Regards, Richard

Heading out to Australia next year so it will be our first Christmas there 2017! It's a while since I experienced one in the Southern Hemisphere (South Africa and Botswana my last ones! ) so really looking forward to it!

Fantastic photographs- I think we will be putting another shrimp on the barbie whilst sitting by the pool!

Monica @We Travel Together

We’ve spent the Christmas weekend at my family’s mountain cabin home here in Norway, but Christmas in Australia doesn’t sound wrong at all ;) Love the country ‘down under’ so much! Enjoy rest of the Christmas and have a wonderful New Year’s Eve :)

What a great line up of what Christmas day is all about in Australia. Must admit I totally enjoyed my first Christmas in Europe last year and my hubby is a little obsessed and has our front yard decorated, including a massive Christmas tree (check it out on YouTube). Hope you guys enjoy your Christmas in Melbourne and hope one year you make it to Perth.