Infamously known for the location in the British Isles where young couples fled to get married, the small town of Gretna is also the true gateway to Scotland as it lies on the border between the North and South, also known as the English/Scottish divide.

Located about 90 miles south of both Edinburgh and Glasgow, Gretna is the perfect spot to gently get acclimatized to Scottish culture. You won’t see locals with kilts on every street corner but you will certainly come across some with the broad Scottish accent that we all love, or in some cases find difficult to understand! 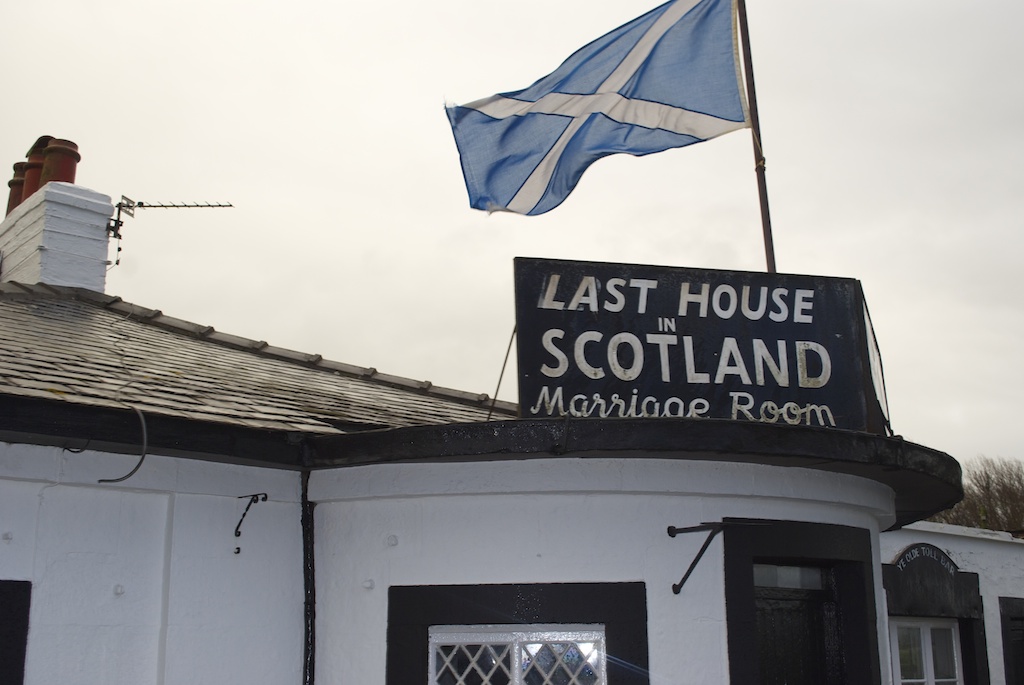 So what is all the history about Gretna and these thousands of marriages that took place in ‘The Last House in Scotland Marriage Room’? Well, statistics on the building show that over 10000 marriages have taken place in this small, quaint room since it was established in 1830. Folks in England that fell madly in love at a young age and wanted to marry were forced to wait until they come of age, or flee from their parents and head north to Gretna Green and exchange vows to confirm their love for each other. 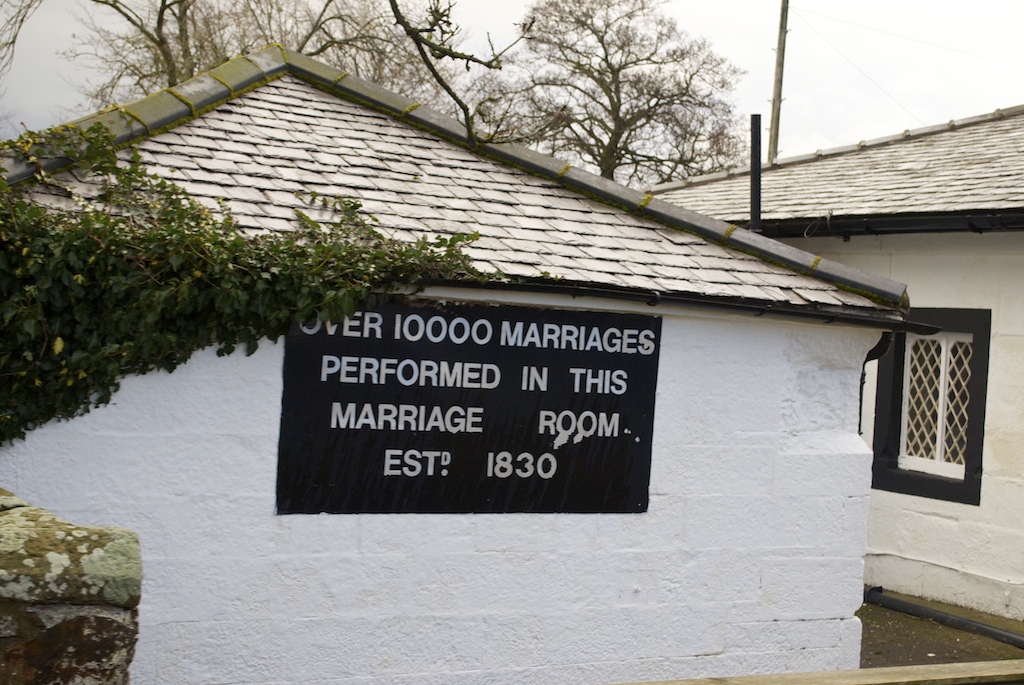 Nowadays, Gretna has much more to offer than just a historic marriage town and one of the main attractions for visitors and locals alike is the new outlet mall that has a variety of leading stores including the always popular Cadbury’s Factory store where you can get some of the best chocolate throughout the British Isles for cheaper than regular shops. 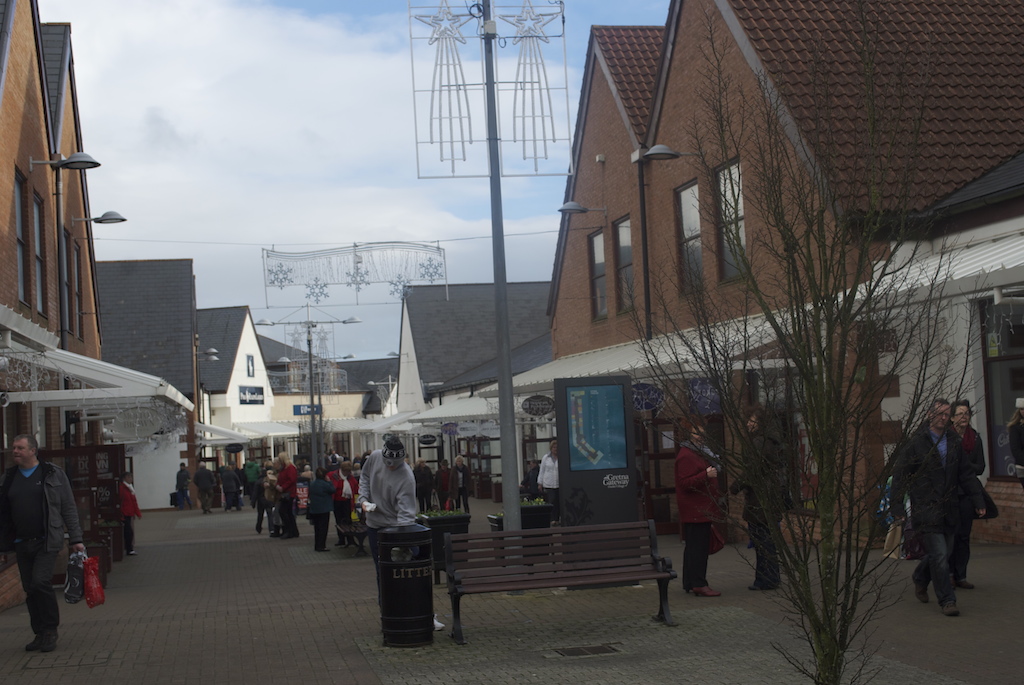 Of course, Scotland is a proud nation that welcomes visitors from afar and even though there may still be that stereotypical tension between the English and Scottish, I think that’s more folklore than reality though whenever a sporting event takes place between the two nations, it is a little more apparent. Gretna doesn’t necessarily have such animosity but given its location right on the border between the Lake District and the Scottish Borders region, it hosts a mixture of people from both countries which makes this a pleasant location to get to know folks from either side of the border. 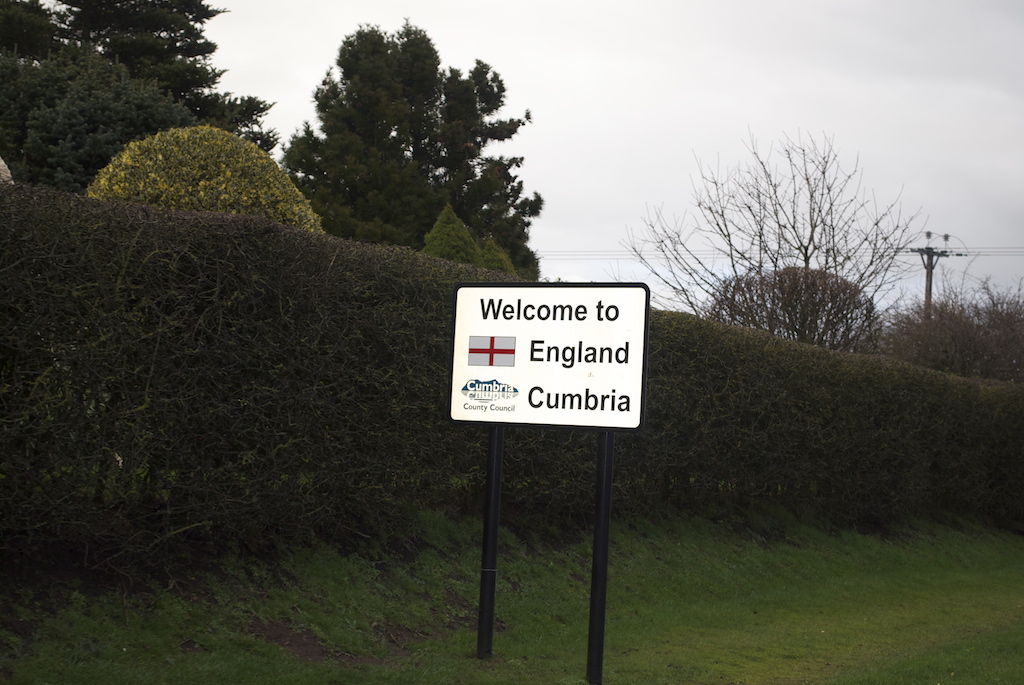 With the Lake District located just a few miles south of Gretna, this is a perfect spot for folks who want to spend some time hiking the English fells before heading into Scotland to challenge their infamous hiking spots. 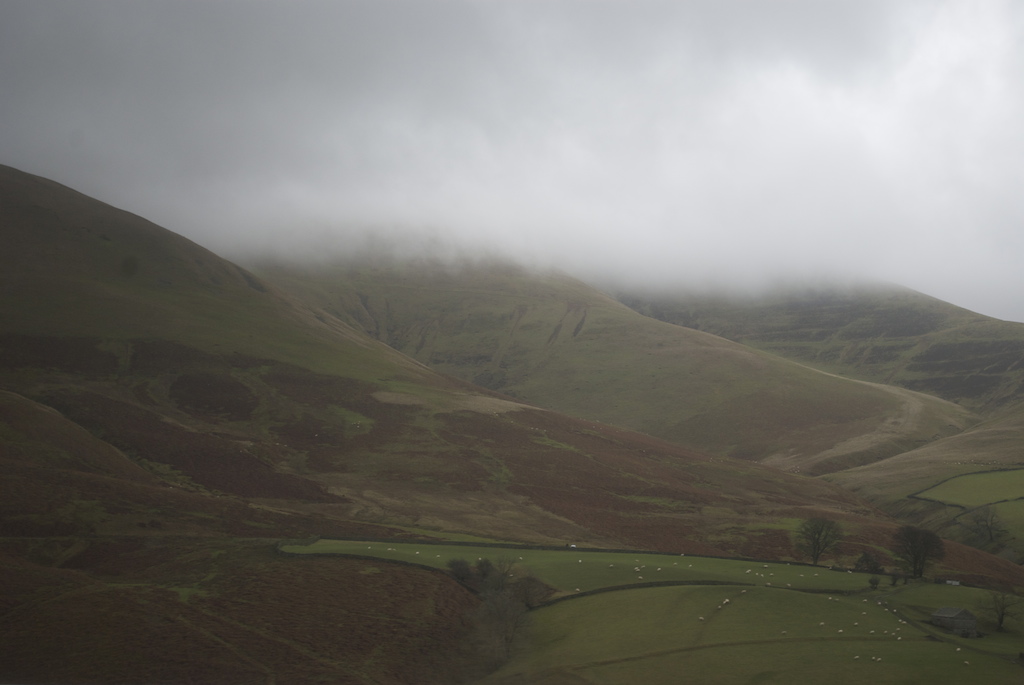 Although our trip to Scotland was a little short-lived and we were only able to experience one spot, Gretna certainly proved to be somewhere you can easily find interesting and worth exploring. I am intrigued as to the validity of this ‘Marriage House’ and whether 10,000 couples truly visited here but even if this is just folklore, it’s a really cool to see and imagine those youngsters eloping here to show their love for each other whilst their parents are fuming back in their English hamlets.

From your photographs it looks like the sky was appropriately gloomy! I love it though...

Hi Jeff, yes the weather was perfectly appropriate for Gretna! We always associate everywhere in the UK with "rain" and "gloomy conditions" and I think it's fitting to experience it that way!!

Sounds like an interesting place to visit where you can breathe in local history! I just went to Scotland once, I would definitely love to explore it much better!

My grandparents are both Scottish (I'm from Canada), so I grew up hearing Scottish accents...so they aren't difficult for me to understand, but I can definitely see that they might be! Lovely photos in this post!

Wow that is a lot of couples to get married there but looks like a beautiful place!

Its always nice to visit somewhere that contains so much history! :)

I haven't been to Scotland, yet! Tho' I'm hoping by the time I go it will require a passport, as I live in Southern England. I've been to Wales, but not Scotland. I really want to go but as always its cheaper to travel around Europe than it is to get around the rest of the UK! Tho' I'd say tensions are higher amongst English & Scots than usual with the upcoming vote on Independence. We'll see... haha.