Conventional wisdom would suggest that transforming a derelict rail line into a public park is a crazy idea, but fortunately for the city of New York, there is something unconventional on every other street corner. The High Line, located in New York City’s West Side district was once the site of a freight line yet this abandoned viaduct has since been renovated into a spectacular park complex.

The innovative yet simplistic design of the High Line has made this a popular spot for visitors to New York, and I honestly can’t believe it took me so long to put some time aside to take a trip to this part of Manhattan. What makes the High Line so special? Just as other parks in the city such as Central Park and Bryant Park offer a moment of solitude away from the hustle and bustle of a metropolis that never sleeps, the High Line provides its own spot as a unique relaxation hub in the heart of New York City.

Whether you are taking a visit to the High Line in the heart of winter as we did or on a steaming hot day in summer, there is something about this place that would make you eager to return in the future. A definite focal point for locals to pass through on a morning jog or spend a lunch break overlooking the Hudson River, the High Line is more than just a tourist venture.

Dating back to the mid-19th century, the city of New York sanctioned the construction of rail lines through the city’s West Side district as a means of transporting freight due to its close proximity to the Hudson River. Stereotypically known as ‘Death Avenue’ due to the number of deaths caused by the volume of trains moving up and down the 10th Avenue street level, it soon became apparent that changes would be needed.

However, years went on without change until the West Side Improvement Project took place in 1929. This project saw the development of elevated train lines, eliminating the need for street level equivalents and subsequently reducing the number of deaths caused by rail transportation. A huge sigh of relief for locals of course, but unfortunately the rapid expansion of truck transportation over the next few decades led to the decline of train transportation in the city and in 1980 the final train passed over the High Line viaduct.

Throughout the years since that final train made its journey to the High Line in 1980, there have been numerous attempts to destroy and demolish this integral part of the city. However, just before the turn of the century in 1999, a nonprofit organization led by residents of the area advocated for the preservation of the High Line and ultimately develop the green space that we see today.

A three phase implementation project has taken place over the last fifteen years, though the key to the High Line’s success dates back to 2004 when $50 million was devoted by the New York City government to help renovate and maintain this proposed park.

Development of the first phase finished in 2009 when the area between Gansevoort Street and 20th street opened. Further expansion led to the park expanding all the way from Gansevoort to 34th street and today the full length of the park measures just under 1.5 miles.

After a morning stroll that saw us traverse to the summit of the Empire State Building, we continued our walk downtown to the Chelsea district of the city. Approaching the High Line from 10th Avenue, we honestly had no idea what to expect.

When you think about these green spaces in the heart of a global metropolis, you generally associate them with the stereotypical refuges away from the urbanized regeneration throughout the city. The first impression I had of the High Line was the exact opposite of what I anticipated. A large, steel structure that once supported the crowded freight line is visible. Forget the rural sense of relaxation and welcome to reality…at least that’s the distant impression you have approaching the High Line.

The snow was beginning to fall heavier than earlier in the day, providing a real Fairytale of New York feeling as we climbed the stairs of the viaduct and saw the High Line for the first time. Experiencing the High Line during the winter with snow on the ground certainly provides a very different perspective than the middle of summer when the flowers and shrubs are blooming. However, there is something beautiful about how this park has been renovated that makes this a perfect spot to head at any time of the year.

Walk by the remains of the railway lines that have been refurbished and provide a focal point for visitors along with the relaxing views across the surrounding neighborhoods and Hudson River.

The wooden benches have a uniquely creative design as they have the appearance of rising from the ground, but their location situated beside the existing railway sleepers and ties make them a natural spot to sit and relax.

I am looking forward to taking a trip back to New York in the summer months just so that I can spend some time experiencing the High Line when the floral arrangements and greenery are in full bloom. Take a stroll down 10th Avenue and walk along Gansevoort Street. Head inside the amazing Gansevoort Market and grab a bite to eat before wandering across the road and up to the High Line park.

The High Line is a perfect example of a project that has likely turned out much more positive than initially imagined. Renovating an old freight line and transforming it into a public park probably wouldn’t succeed everywhere, but let’s be honest we are talking about New York City here and everything in this city goes against the norm! 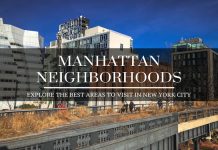 Neighborhoods in Manhattan – Enjoy the Best of New York City 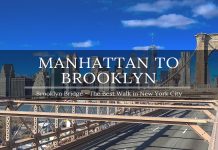 Manhattan to Brooklyn – Enjoy the Best Walk in New York 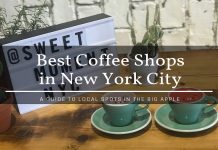