San Francisco really does have everything when it comes to design and architecture. Alcatraz Island is the perfect location for a prison given it’s unique short distance from the San Fran shoreline yet with the current it may as well be a thousand miles.

The Golden Gate Bridge is clearly an iconic image of the area, especially when the fog sets in over the bridge on what appears to be a daily occurrence. The city is filled with cable car networks based on the old Powell & Hyde design cars. 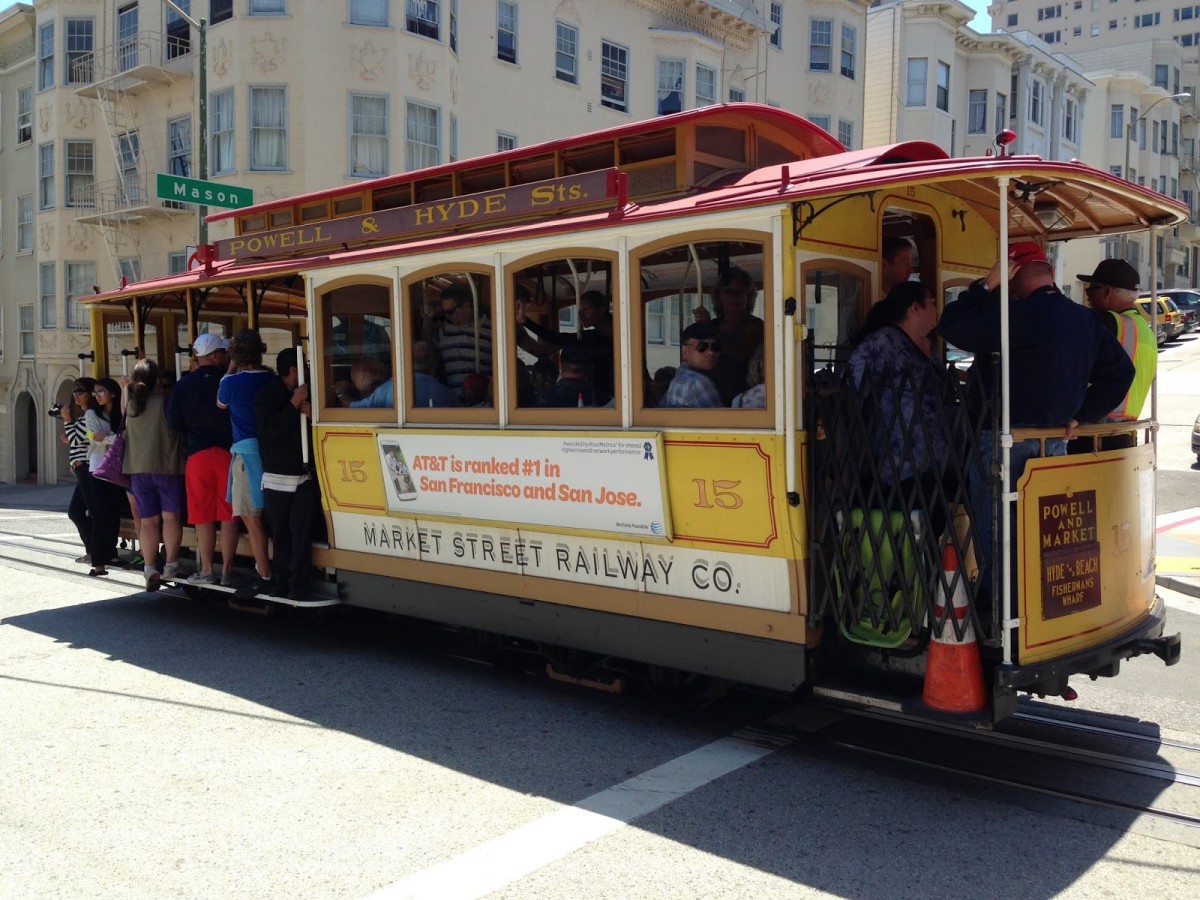 But you can forget all of these when thinking about overall quirkiness and think about one San Francisco landmark in particular – Lombard Street! Often referred to as the “crookedest street,” San Francisco’s Lombard Street is, in fact, neither the crookedest nor the steepest street in the city, let alone the world! 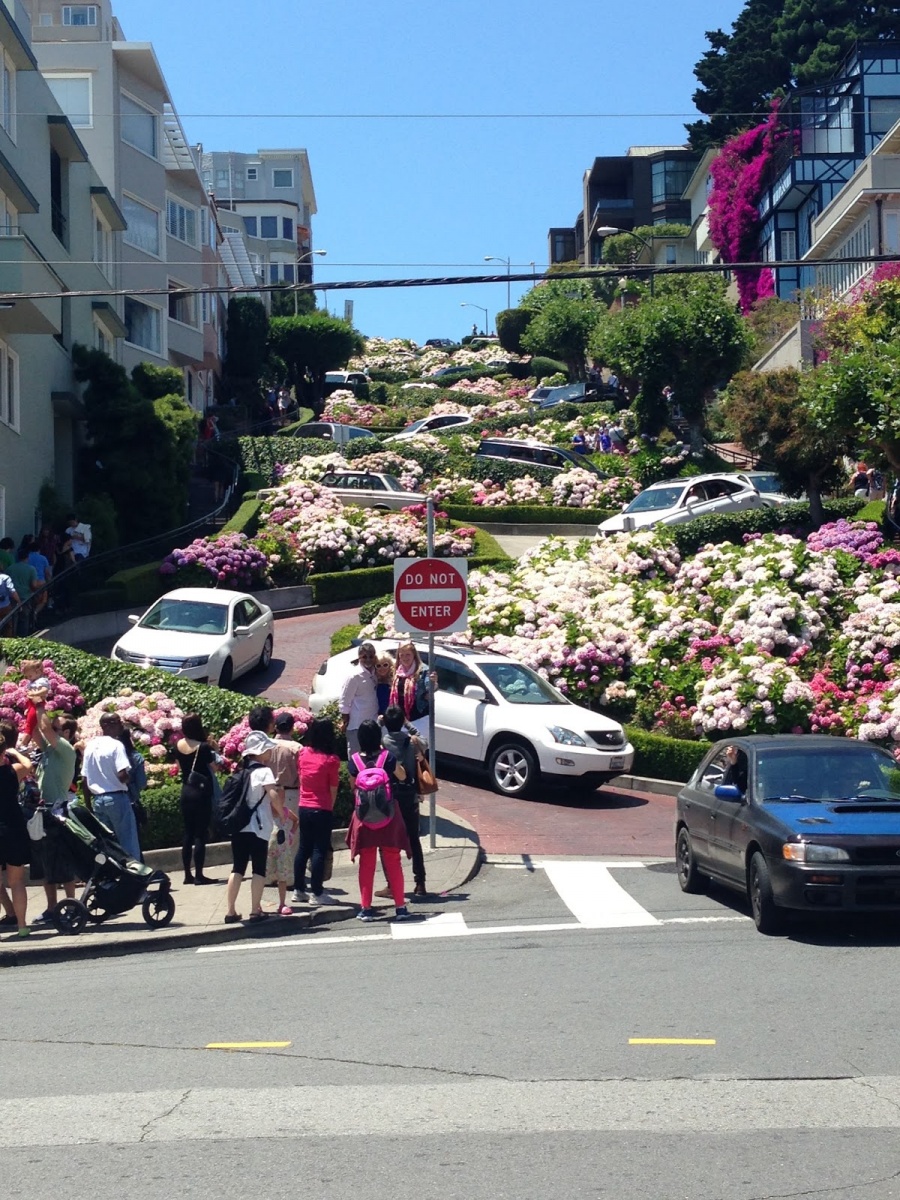 Sorry folks, if you were thinking about visiting here and being part of history in seeing a world record location. However, what you will see is a perfect piece of mastery and design in the road that winds in and out of eight tight hairpin turns.

Combine this with the beautiful flowers and well-maintained rock-beds that are littered down the street and this certainly brings out the hoards of tourists to see this. I am sure the locals get tired of the thousands of daily visitors or maybe they see this as a way to increase the value of their property given the popularity of the strip. 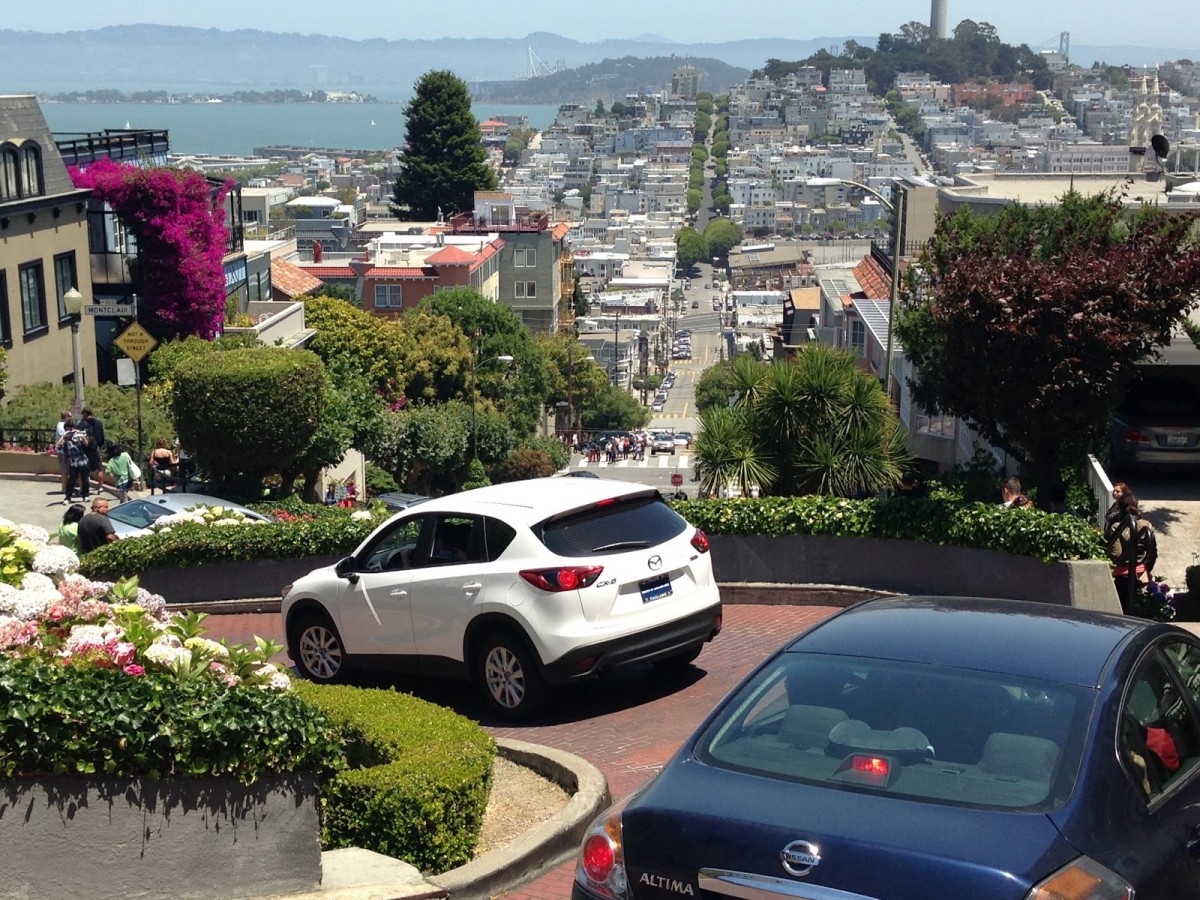 We decided to walk from Union Square to Lombard Street and until you get to the foot of the so-called ‘crookedest street’ you will likely think you are in the middle of nowhere with locals just going about their daily routines. All of sudden you are hit with the intersection which is patrolled by local officers controlling the traffic down Lombard Street and surrounding neighborhoods.

Tourists from all across the world are here to see this – at the end of the day it’s only a street but I have to admit I don’t regret the walk to get here and see this with my own eyes, it’s pretty COOL!

You can walk up either side of Lombard Street, climbing the steps and watching the hundreds of vehicles that are slowly making their way down through the hairpins, many of which probably want to wait at the top and wait for the street to be clear to test their Formula 1 skills but resisting the temptation. The odd bicycle is also seen flying down but what they all have in common is their desire to be part of this experience.

Everyone is taking pictures, videoing cars along the street or simply soaking in how anyone could think about designing a street like this! 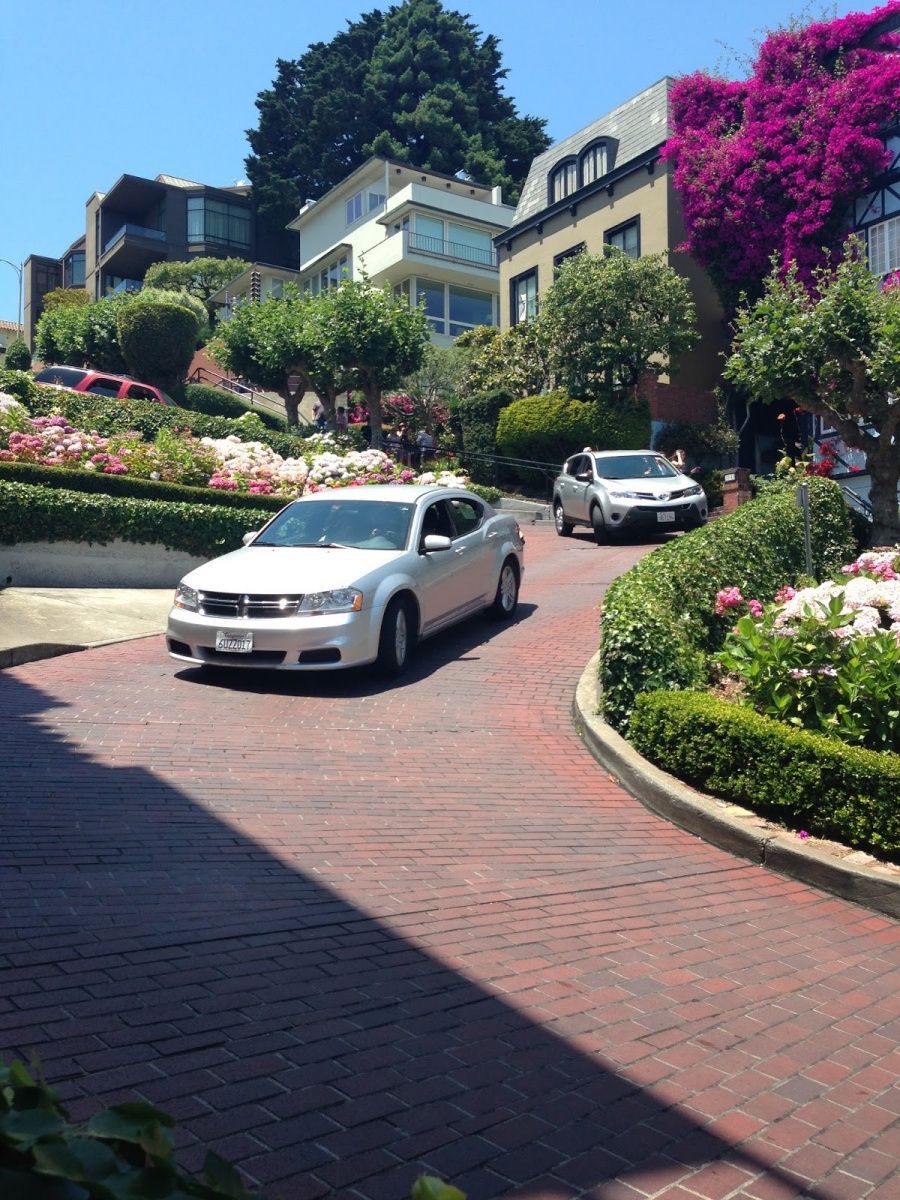 The sight of cars maneuvering down the winding road has become a popular tourist attraction for sure. Some tourists even drive down the street themselves, braving the frequent traffic jams and bumper to bumper traffic but we decided that seeing this on foot was sufficient. If this sounds like fun to you and you also want to feel how it’s like driving down a switchback, make sure you approach Lombard street from Hyde street since this is a one-way street and you may be waiting a while to make the short ‘semi’ roller-coaster ride!

All I can say to summarize Lombard Street is that, it’s quirky, it’s weird, it’s steep, it’s an architectural masterclass and ultimately you just have to see it for yourself to believe that it is true!!

Have you visited Lombard Street?

What other streets around the world are ‘crooked’ or ‘steep’?

[…] a long weekend there exploring all of the main tourist sights such as Alcatraz, Golden Gate Bridge, Lombard Street and of course those quirky streetcars which are the only wait to get around (aside from walking […]

I went to Lombard Street and was very dissapointed. I thought it would be quirky and old fashioned but it is like they built the street to be a tourist attraction. It seemed more like a gimick to me. Still though with the sun shining it is worth going to see.

I think a lot of these types of locations around the world may initially start out with that quirky, unique feel to them but then as tourism boards and city councils see them as a genuine tourist attraction, they go above and beyond to endorse the gimick that you refer to! This is all well and good at bringing extra income to the region but you tend to lose that originality and quirkiness as you initially started with.

San Fran has got to be up there as one of the coolest cities... it's always been one of my favourites. Even if Lombard Street doesn't quite get the prize for being the crookest or steepest street, it's certainly a great site. You've done a fantastic job of capturing it here both with your fantastic photos and descriptive phrases, well done.

It is such an iconic place - I hope to visit here someday! I don't know if I would drive it, but definitely would want to walk up the hill and get a view from the top, too!

I completely agree. The street is beautiful with its flowers. It is amazing that people still want to live there with how many tourists are basically parading around the front of your house. Maybe it makes it safer?!?

I walked up the street from the bottom, and it definitely got me sweating. Yes, it is steep, but it is all about advertising. Chicago is not really a windy city :)