Before you start reading this post, I want to start out by saying that I am NOT at all interested in art or art history. So you may be wondering why I would even bother visiting the Louvre Art Museum in Paris? Well, I think the simple answer to this is that it is ‘the Louvre’ – need I say anymore!! If you are ever going to visit a museum to experience the works of historical artists such as Da Vinci et al, then the Louvre is probably ‘the’ museum you will want to see. 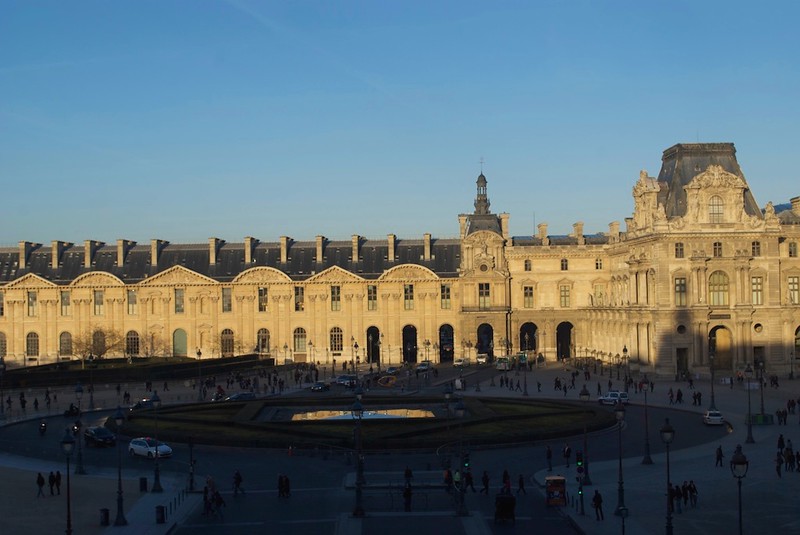 The Louvre is an amazing piece of architectural mastery in itself and that is even before you enter the doors of the Pyramid to gain access to historical masterpieces such as the Mona Lisa. The exterior of the Louvre is extremely impressive and you can spend some time just wandering around the grounds and looking in awe at the architecture that has gone into the design of not only the museum but also Napoleon’s former residence on that wing.

Once you enter inside the pyramid and descend into the basement to purchase your tickets, you begin to realize the scope and magnitude of the Louvre’s size. I can honestly say that I never thought I would spend over 3 hours in a art museum but that is the reality of what we did as we tried to see as much of the Louvre as possible. 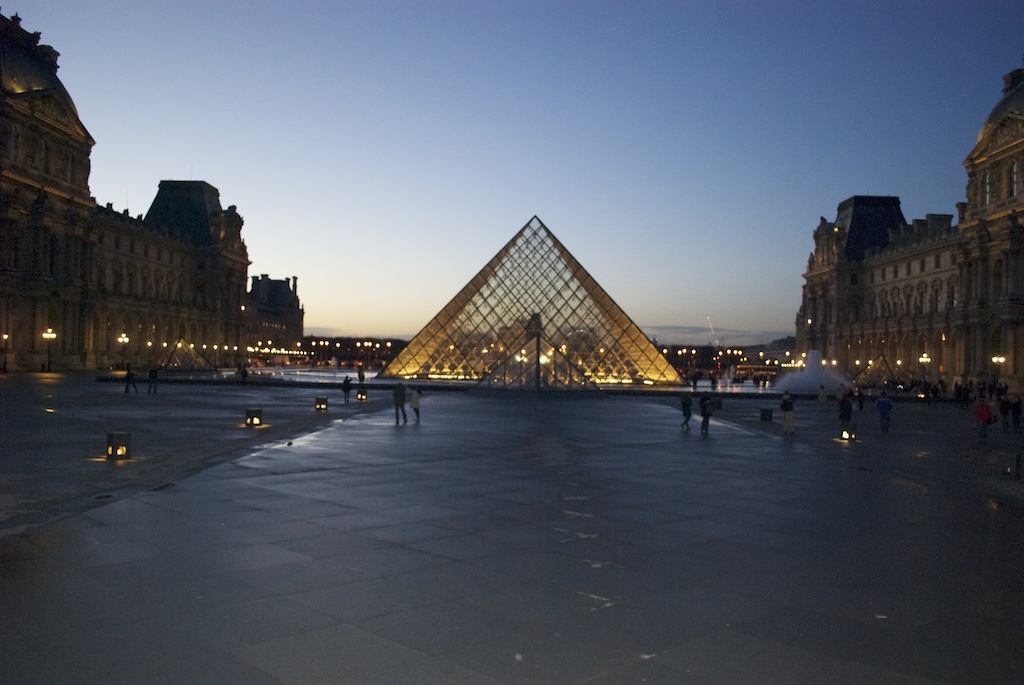 There are three wings inside the Louvre, all of which contain very different pieces of art ranging from Egyptian and Greek sculptures to those infamous paintings:

There were many aspects of the museum that I have to openly admit I was a little bored with, probably because of my lack of knowledge and appreciation of these works of art. 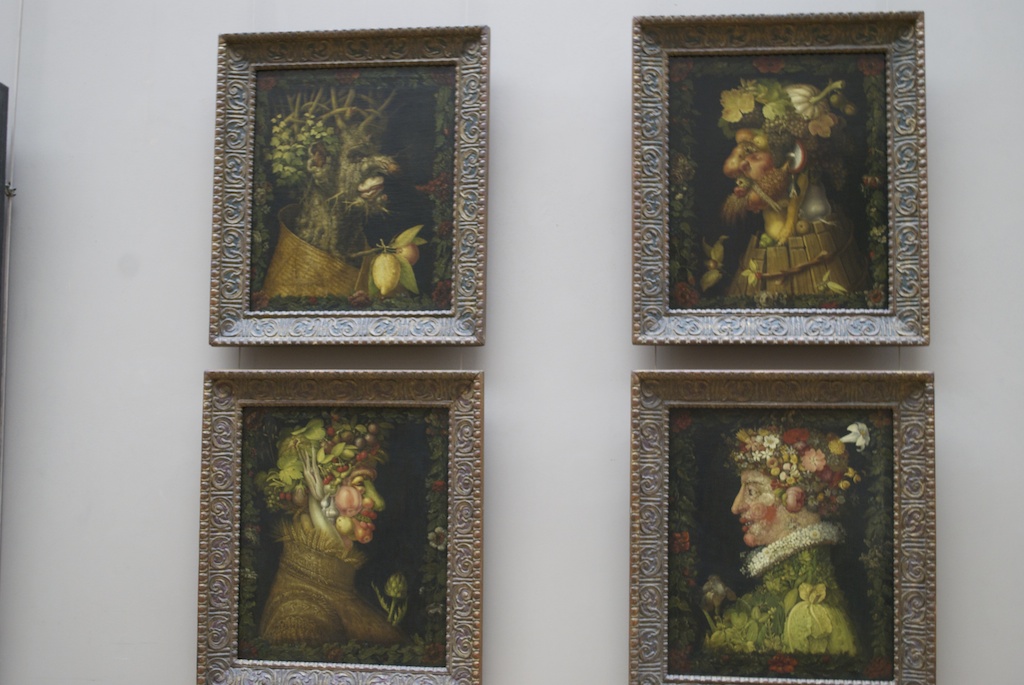 However, I did enjoy seeing the Mona Lisa or ‘La Joconde’ in person and I was very surprised by the size of the painting. I was expecting something more substantial but just being in the same room as the most famous painting in the world is a pretty good feeling. Added to this the security in that room and the fact that this was the only painting behind what I figured was bulletproof glass. 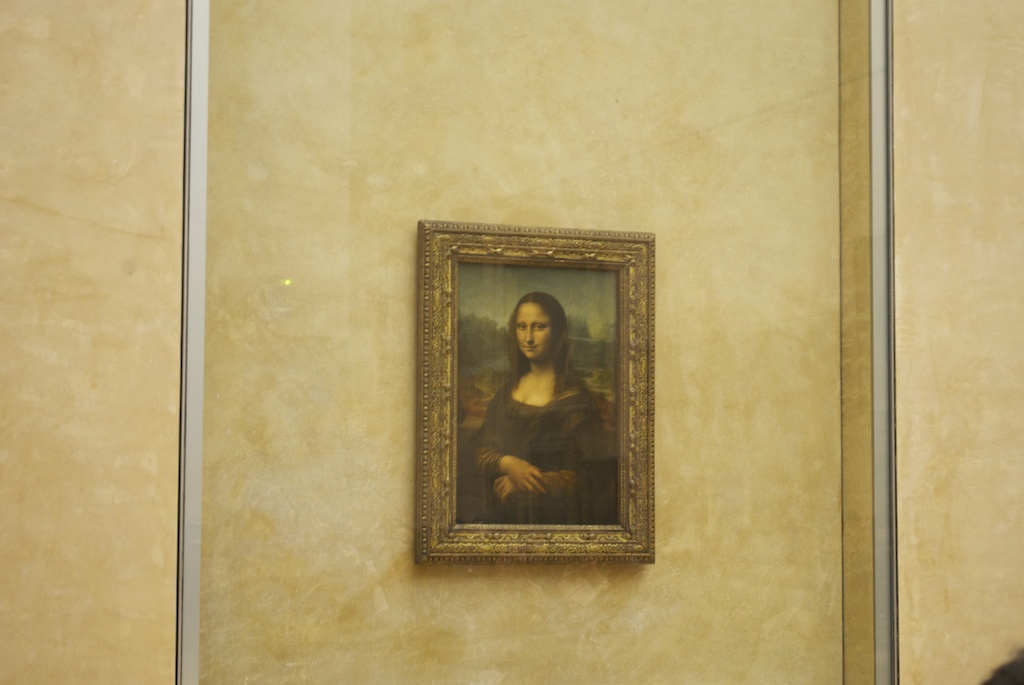 The final wing we visited was the former residence of Napoleon. The majestic décor throughout of all the rooms was clearly visible but I think the most interesting room was his bedroom which housed a bed that appeared to be not much more than 5ft in length, chairs lined up to the left of the bed which were likely for his security, and an abundance of grandeur scattered on the walls and mantelpiece. 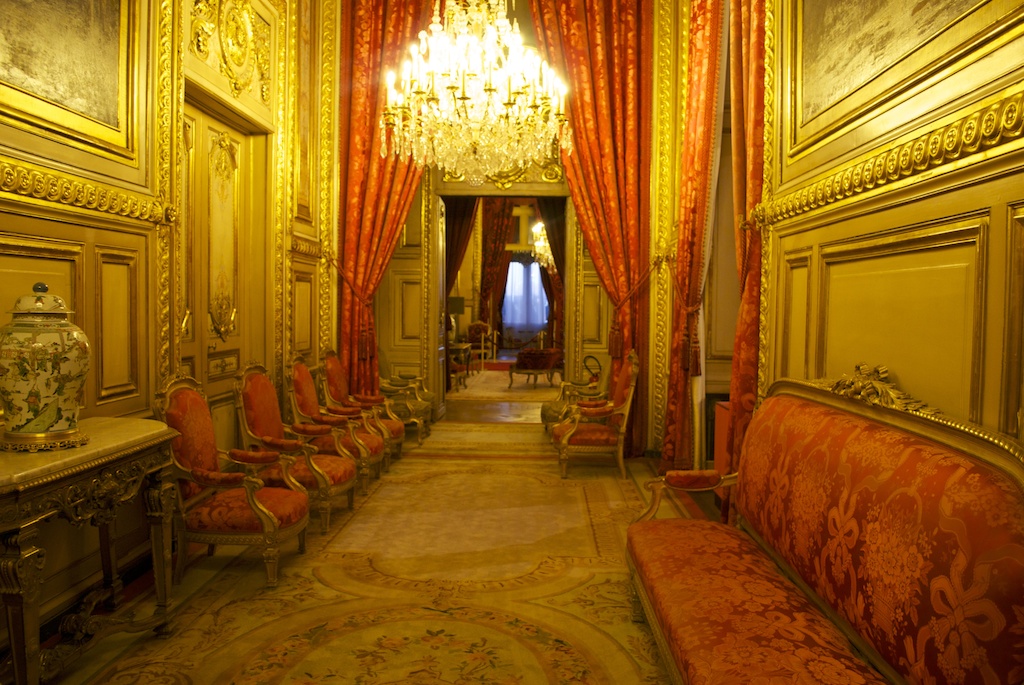 I am not going to go into details of everything you can see in the Louvre Museum; rather I would encourage you to experience this for yourself. Admission prices are certainly reasonable because you can easily spend at least half a day in the museum and probably miss several areas.

Do you enjoy visiting art museums?

Have you visited the Louvre and if so, what are your opinions (positive/negative)?

One of the must-visit destination in Paris, not because I love art but I'm fan of mysterious novel like Dan Brown's, I really like the book The Davinci Code.

Hey, spending 3 hours at Louvre sounds like a big achievement for somebody who is not interested in Arts at all! The truth is that you can also spend your time visiting the Palace itself without seeing any painting and having a great time!

Hi Elisa, there is so much to experience in and around the Louvre for sure! Regardless of your desire to admire paintings, I 100% agree that this attraction is one that you cannot help but fall in love with. Not only because of the grandeur and gorgeous architecture but because of the symbolic role it plays in the heart of Paris.

I love art museums and try to visit at least one wherever I go. It's been nearly 20 years since I was last in the Louvre and I'd love to go again and see everything with fresh eyes. I only remember the Mona Lisa and the Egyptian wing - would love to take a peek inside Napoleon's bedroom!

I’m not interested in art or art history too. But I loved reading and seeing images you posted. Very nice pictures.

Thanks for the kind comments! It is just somewhere you have to visit even if your interest levels in art/art history are not particularly high.

I have been to Paris and the Louvre several times, and still haven't seen just a tiny part of it. It's an enormous art complex, and it is much better to select just a small part to avoid an overwhelming experience. I prefer museums more focused on one artist or one era (like the Musée D'Orsay in Paris exhibiting mainly impressionist works), but the Louvre both as a piece of history (being the former residence of French kings) and a museum is a must visit!

Completely agree with you Gabor! I know that if we visited the Louvre again, we would likely focus on just one wing rather than everything so that we could learn more about certain artists and different painting/sculpture styles.

We didn't have time to visit the Musée D’Orsay but this was on our list of places we wanted to visit - hopefully next time!