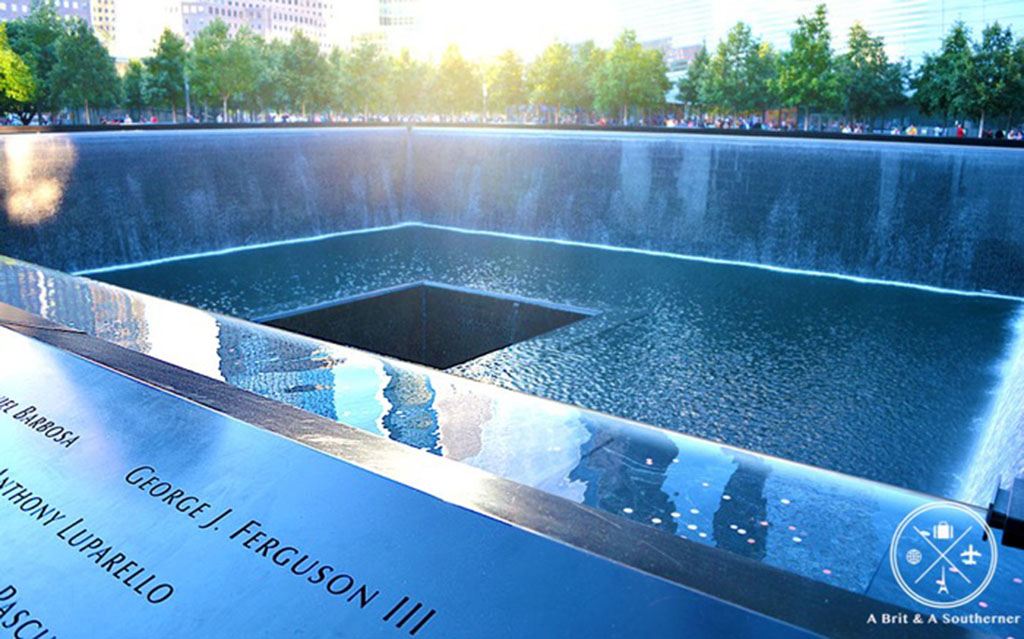 Description: An amazing image of the reflecting pool that is located where one of the twin towers once stood. There are 2 fountains that have the names of the victims engraved into the border marking the footsteps of the two towers.

People gather around the perimeter to just place there hand on the wall for a moment of silence and pay their respects to the lives that were lost on September 11, 2001.

We have visited New York City a couple of times in the aftermath of 9/11 and it has been interesting to see how the city and in particular this memorial has developed and recovered over the years. The stunning new design of the One World Trade Center stands tall over this memorial, indicating a real sense of fighting spirit yet maintaining these reflecting pools as a remembrance to those lost in the disaster.

With the 13 year anniversary of 9/11 approaching, we thought it was fitting to pay our tributes with this image though no pictures compare to actually standing at Ground Zero and experiencing the mood among the many visitors paying their respects.

Great photo. We lived in New York City on 9/11 and have many powerful memories of that day. It look us over 10 years, but we finally returned to lower Manhattan to visit the memorial. It truly is a special experience.

Cheers Lance, we really wanted to capture the sunlight shining down on the reflection pool to really signify that even though the day was tragic, we will come out the other side even stronger!! Really poignant experience though visiting this memorial so I can only imagine what it is like as a local of NYC.