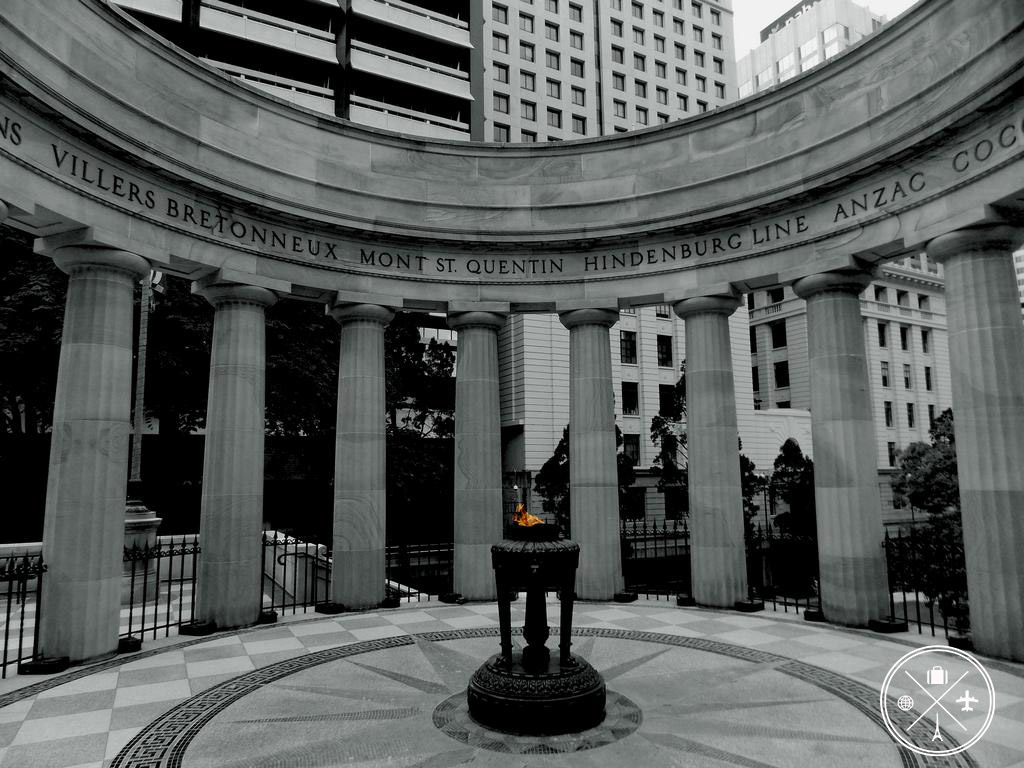 Location:  The Shrine of Remembrance is located in the heart of Anzac Square, Brisbane Australia!

In December 2012, we headed on a ‘late’ honeymoon to Australia and after a 16 hour flight from Dallas we landed in Brisbane. Taking the train from Brisbane International Airport to the downtown area, our accommodation was the Sofitel Brisbane Central located directly in front of where this image was taken.

The Shrine of Remembrance Brisbane is the focal point of Anzac Square which is a small park that locals and tourists frequently head to as a spot for relaxation. It was unveiled in November, 1930 and is a war memorial dedicated to the Australian and New Zealand army corps.

Depicting the ‘Eternal Flame’ as the only color in this image really emphasizes the remembrance that takes place every year on April 25th in Australia and New Zealand (commonly known as Anzac Day!)

Great shot! I've been to Brisbane a couple of times during our Australian backpackers trip but can't remember seeing this Shrine. However, it was back in 2002 and I seem to not remember quite a lot from that period of time haha

Great work with leaving the flame flickering orange and editing the rest a neutral black and white. Super cool!

Yes, I must admit that leaving the colour to the fire was a great idea, it looks striking!

Cheers Marysia, we really thought it would leave a poignant memory by simply emphasizing that one flame!

A beautiful shot of a monument to something which shan't be forgotten. I love black&white pictures, they make everything somehow "deep" and intense, and fact that you left the flame in colour gives even more meaning

Amazing photo. Really love how you did the black and white but left the flame flickering. Great stuff!