After traveling to Atlanta, GA for the weekend of the TOUR Championship in September 2012, we made a spur of the moment decision to head back home on Sunday using an alternative route. After researching a route that would take us back home through Nashville, we noticed that on the way about half way from Atlanta to Nashville was Chattanooga, TN.

Researching this city gave little to suggest there would be much to do there until we came across a website advertising an underground waterfall, namely Ruby Falls. We decided to pay this a visit though I think both of us thought it would probably be a bit of a letdown given the random location in the heart of Tennessee, not the stereotypical spot for an apparently gorgeous waterfall. The fact that this was underground also made this a little unusual and probably encouraged us to see this with our own eyes.

After about a 10 minute wait we entered the elevator and began our descent underground. Only after the doors closed and we began rapidly descending did we realize just how far down we were going. The doors opened and reality set in as we were encapsulated among the sedimentary rock and limestone. The tour guide began the tour indicating that we would be walking for at least 1/2 mile to the final destination, the sight everyone was waiting for – Ruby Falls! 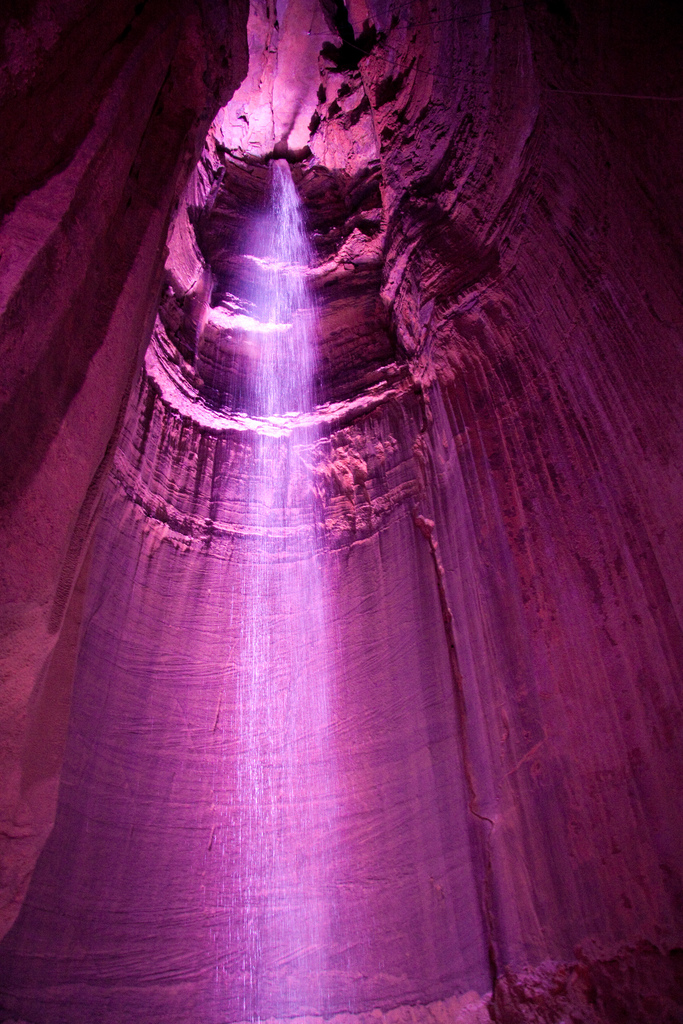 Heather and I were given the task of being the tail of the tour group, the “folks from Arkansas/England” as we were referred to would be called upon to let the guide know that everyone was in front of and we didn’t have any stragglers. This worked out well for us because although we slipped behind on several occasions, it gave us the opportunity to take the best photographs and also examine the rock formations throughout the trek down the mountain.

To put this into perspective, by the time you reach Ruby Falls, you have traveled the height of the Empire State Building underground (over 1000 ft), so for anyone who suffers from claustrophobia, this may not be the trip for you. The majority of the trip allows you to stand up though there are parts (maybe a few more for Heather and I given our height) you have to crouch down or walk single file through the cracks and crevices! 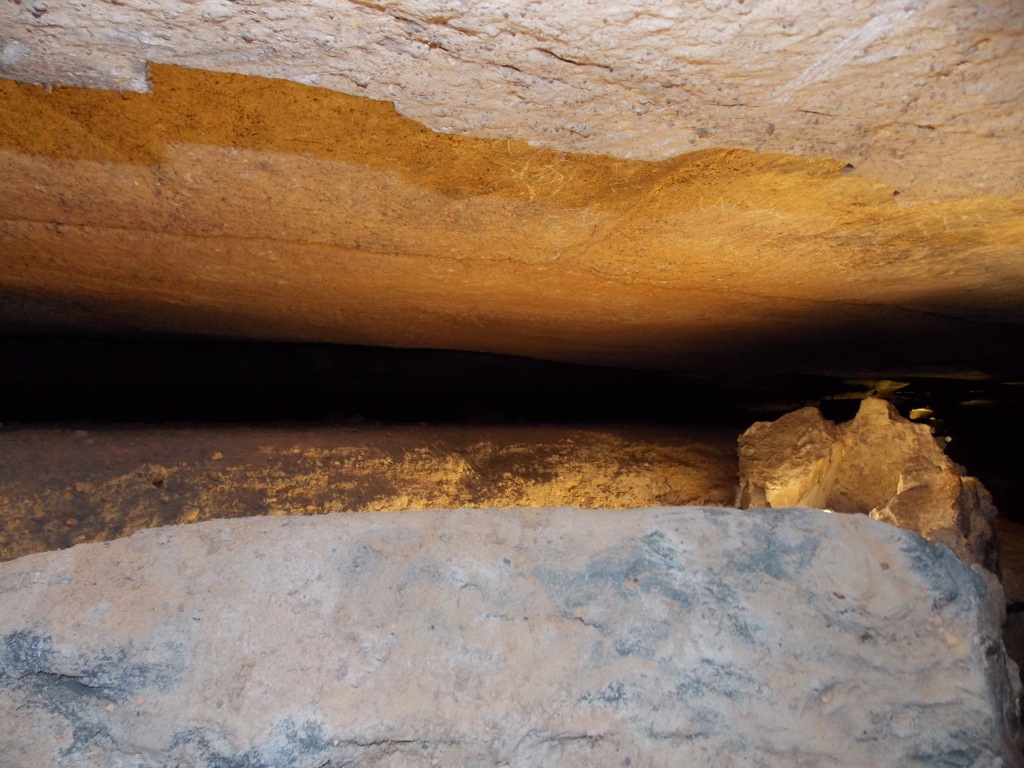 There are a number of cool rock formations along the way, each has unique names and references. But the real treat awaits at the end of the tour down the mountain and it really is worth the wait. The tour guides increase the drama because on arrival at the waterfall you are in complete darkness. The lights are turned on and you see the amazing sight of the largest and deepest waterfall underground in the United States. You are able to get close to the waterfall and have your photograph taken in front of the amazing sight. The sound of the gushing water simply enhances the experience and it truly is a worthwhile attraction to visit.

The walk back up the mountain seems to be much shorter, maybe because you are now under the realization that you are walking away from the main attraction. However, after taking the elevator back to the gift shop and further upstairs, you are given the opportunity to stand on the “Lookout” which provides breathtaking views over Chattanooga and the Tennessee landscape. This really does provide an opportunity to see the beauty that is present within the eastern side of the state of Tennessee, much of which is not apparent in the Memphis and western regions.

I loved Ruby Falls! I haven't been there since 2009 but I remember it being so beautiful. But you're right about there being nothing else to do in the area. We went to the Falls then drove right back to Atlanta!

Thank you, we are glad you are enjoying reading our blogs!