Thanksgiving – What are you thankful for?

Arriving in the United States in 2006, I really had no idea what the whole fuss was about over Thanksgiving at the end of November every year. In reality I just thought this was just another holiday that was celebrated and folks used this as an excuse to be off work for a few days to celebrate with their family.

Maybe I still don’t appreciate the holiday season over here that I am not completely familiar with as much as US citizens do, but one thing this holiday does is make me think about what I am thankful for. I recently turned 30 and although I am an advocate of this just being a number, it’s interesting to look back over the previous decade and realize just how many things have taken place during my 20’s.

I graduated from the University of Manchester with my Bachelor’s degree, later graduated with my Master of Business Administration from Arkansas State University, got married to my wife and soul mate Heather, lived in four different places (two countries/three USA states) and the list goes on. 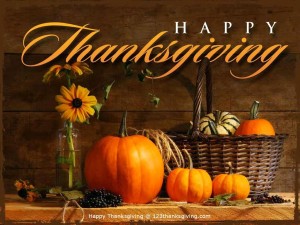 I think it’s almost impossible to be thankful for everything that has taken place in the past and I am sure we are all guilty of taking some things for granted, but here is my shot at some things that spring to mind when I think about Thanksgiving.

When you think about Thanksgiving, what are you most thankful for?

It may be something obvious or something really trivial that most folks probably take for granted, but sit down for a few minutes and think about this.

244 shares
Previous article
Social Media – A New Era of Travel Interaction
Next article
Interview – Burcu Basar
Chris Boothmanhttps://abritandasoutherner.com
Chris Boothman is the co-founder of A Brit and A Southerner. Born near Manchester, England, Chris moved to USA in 2006 where he soon after met his wife and travel partner in crime, Heather. They have since embarked on an amazing journey of travel as they challenge others to follow in their paths of working full-time but also being able to travel frequently! If you have any questions or comments, please feel free to contact Chris at [email protected]