Is there any better way to explore a city than to use your own two feet and wander the streets, unaware of the next hidden gem you may come across? While visiting Indiana’s capital – Indianapolis, our time there was limited but we both knew that getting out of our car and exploring the downtown district was the best approach to see this beautiful city! Deciding to take a walk around downtown Indianapolis really opens your eyes to a city that offers a nice combination of history and modern-day architecture.

After heading past Lucas Oil Stadium, home of the Indianapolis Colts NFL team, we made our way down the main street and parked by the Indiana World War Memorial Plaza. For anyone heading to ‘Indy’, this is a great spot to park, it’s cheap at only a couple of dollars per hour and you have great access to the main landmarks in the city!

Built to honor the war veterans of Indiana, this plaza district consists of two war memorial museums and a plethora of monuments, statues, sculptures and gorgeous fountains providing a perfect historic setting to remember those lives that were sacrificed in the World Wars. 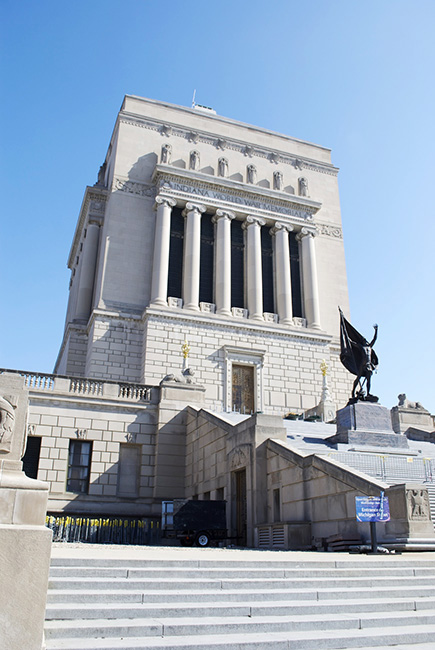 The Indiana War Memorial Museum, in particular, is a great FREE experience that depicts detailed exhibits of the various wars that Indiana veterans fought in. The museum consists of three floors, though the upper floor is the stunningly beautiful Shrine Room which idyllically symbolizes the peace and unity following the Great War. 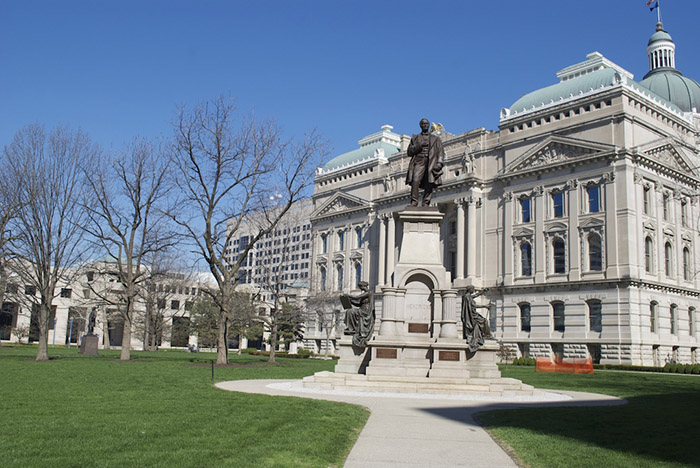 One of the most interesting features is the AH-1 Cobra Helicopter that is on display near the end of the self-guided museum tour. Dependent on which wars you have most interest in, there is something for everyone here and even if history is not really your thing, this is still worthy of your time to see such fascinating, intricate details that make up these exhibits. 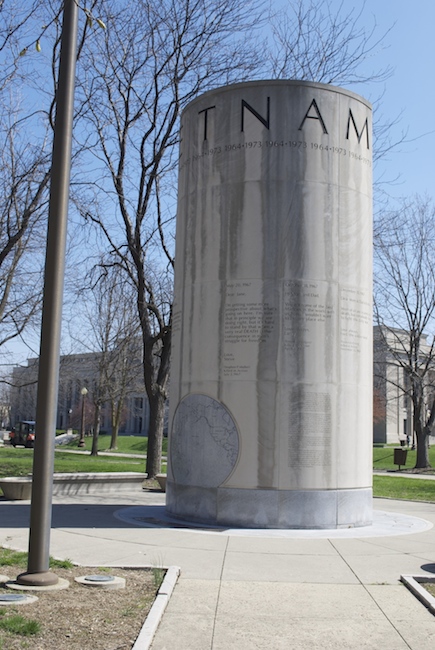 Some of the other leading monuments inside the Indiana War Memorial Plaza include the 100ft Obelisk that is located inside the Veterans Memorial Plaza. Other tributes can be found here to provide memories of the Korean War veterans along with Vietnam and other tragic warfare. 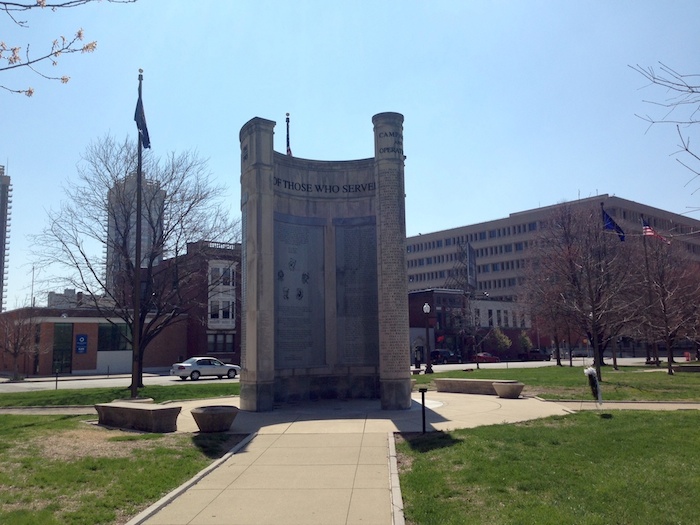 Many war memorials provide a somber feeling as you reflect on the lives that have been lost, but this plaza really provides a more surreal, positive outlook on life with the beautiful architecture presented here.

Heading north from the Indiana War Memorial, located in Monument Circle, is the Soldiers and Sailors Monument which is a global, iconic structure remembering those veterans that fought in the Revolutionary War and Civil War among others. 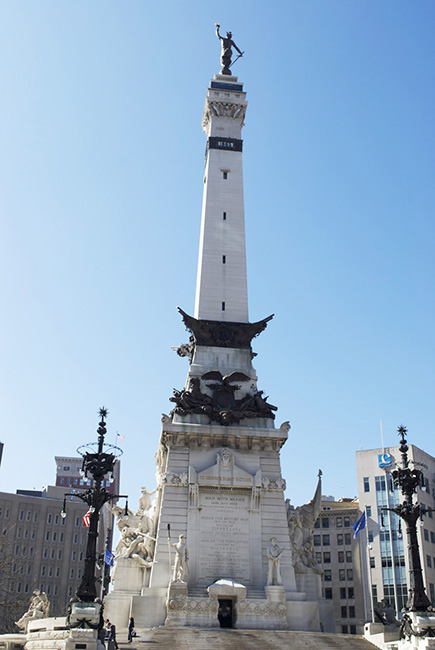 Comparable in size to the Statue of Liberty, this monument is yet another example of architectural genius and contains not only a gift shop and observation deck but also the Colonel Eli Lilly Civil War Museum.

Of course, state capitols are always impressive buildings and Indiana’s located in the heart of downtown Indianapolis is certainly no different! 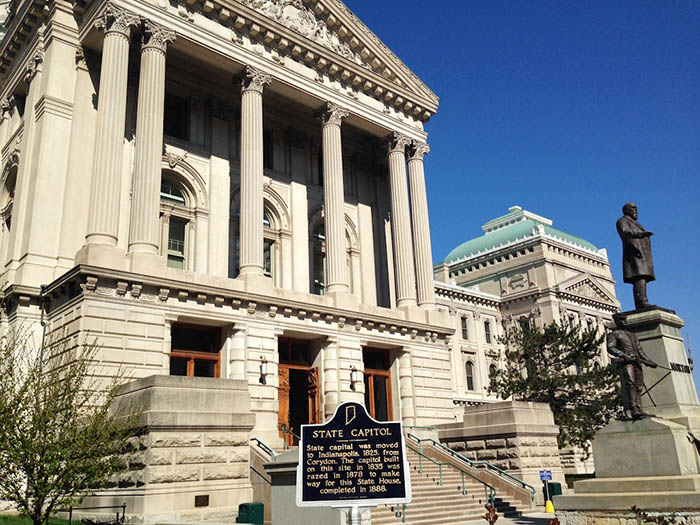 Even though we didn’t participate in one of the guided tours available here, it is definitely a structure worth gazing at for a few minutes before heading on to the next stop on your walking tour.

Indianapolis is all about those Indiana Hoosiers but what better place to get into the spirit of a college town that by visiting a museum devoted to college sports history. Located in White River State Park and also home of the NCAA national offices, the NCAA Hall of Champions offers not only a museum but also a great riverfront, canal walk with gorgeous scenery. 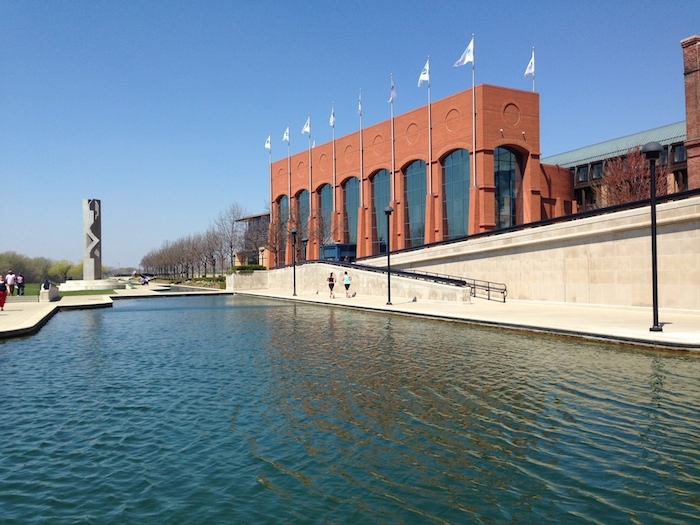 A tour of the NCAA Hall of Champions is definitely worthwhile and with admission priced at only $5 per adult, it offers cheap entertainment value for the family. Learn all about the various college sports offered by the NCAA along with a variety of interactive exhibits such as throwing a football and measuring your vertical leap (plus you can shoot some hoops in the full-size basketball court!). 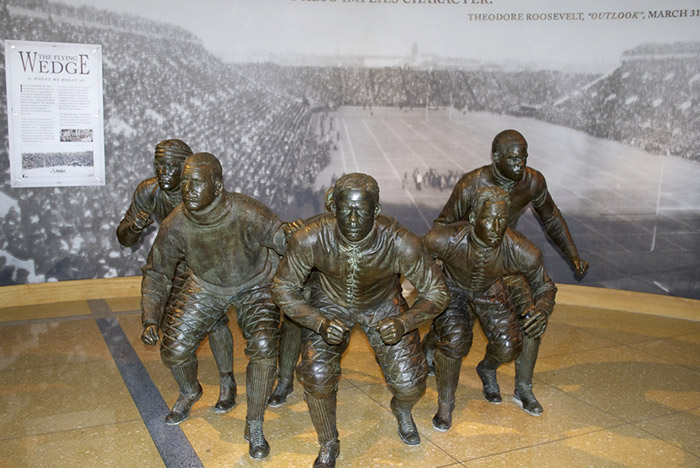 Located beside the NCAA Hall of Champions and the Indiana State Museum is the Eiteljorg Museum which is home to a series of exhibits devoted to the history of American Indians and Western Art. Learn all about the Native American tribes and see a variety of traditional objects, along with a personal collection from the founder of the museum Harrison Eiteljorg. 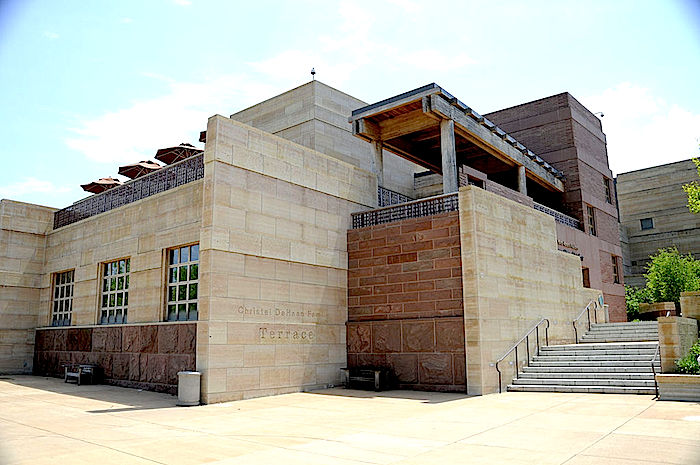 I was pleasantly surprised at just how interesting downtown Indianapolis was. There is a lot to see and you can easily spend a full day here exploring just the museums and various sculptures that are strategically positioned around the downtown area.

Have you visited Indianapolis? What attractions are most appealing to you? Do you enjoy taking self-guided walking tours of a city?

I also spent a really good time there during my last journey and came back with great experience.

5 Cities You Must Visit Twice | My great WordPress blog

[…] Donkey, This American Girl, Banker in the Sun and Backpacker Life. This post is part of the #WeekendWanderlust and Sunday Traveller series. Check out both for some incredible posts from my fellow […]

[…] Would you like to see more of them on this site? Let me know! This post is part of the #WeekendWanderlust and Sunday Traveller series. Check out both for some incredible posts from […]

We used to love losing ourselves in London's streets. And we know Las Palmas de Gran Canaria better because we've pounded its pavements. One day, we'll give Indianapolis' sidewalks a good going-over.

I had no idea that Indianapolis was home to such stately architecture! It's not a place I would have ever thought of visiting before, but it looks like it would make for an interesting weekend trip :)