When you think about the most infamous golf courses in the world, you probably consider the likes of St. Andrews, Augusta National and of course Pebble Beach. Visiting the San Francisco area, if you are an avid golfer, you have to make the short journey south along the coastline to visit this majestic part of the country – the Monterey Peninsula which is home to not only Pebble Beach Golf Links but also a glorious stretch of road known as the ’17 Mile Drive’ which offers visitors the opportunity to see for themselves a host of world renowned landmarks.

Approaching the 17 Mile Drive, the first thing you will be greeted with is the $9.75 charge which all visitors have to pay in order to experience the drive. Research online will provide mixed opinions of whether this drive is good value for the near $10 charge but from our experience I will be the first to admit that this was a real bargain given that you can easily spend all day along this stretch of coastline!

Before you think about the 17 Mile Drive being solely for golfers, think again! This area is a perfect relation spot if you want to wander along the beaches, or go hiking around the scenic countryside and coastline paths. It is also the hub of some natural beauty in terms of the cliffs with the Pacific Ocean crashing on to the surrounding rocks, providing breathtaking photography opportunities. Added to this is a plethora of wildlife that find this area to be a great habitat, in particular sea lions that reside on the nearby rocks while onlookers marvel at their agile (or from their appearance ‘awkward’) sleeping positions!

We arrived from the northernmost part of the drive and headed south (though we were unable to visit the inside loop around Poppy Hills Golf Course due to the amount of time we spent along the coastline and at Pebble Beach).

Here are some of our favorite highlights of what you can expect along the 17 Mile Drive: 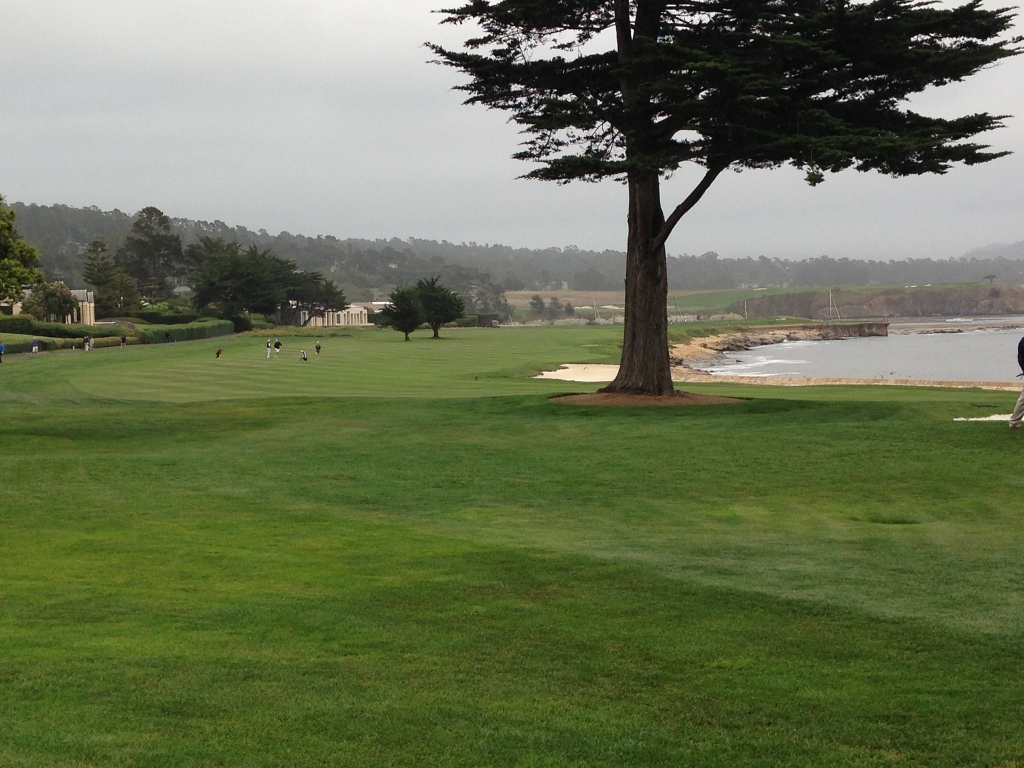 Of course, Pebble Beach is the most famous of the courses within this neck of the woods, but there are other classics along this stretch including Pebble Beach’s sister courses, Spyglass Hill, The Links at Spanish Bay and Del Monte Golf Course. Throw in Poppy Hills Golf Course and you have 5 of the best courses throughout the nation in one hot spot of golfing heaven.

Named after Robert Louis Stevenson’s novel, Treasure Island, Spyglass Hill has become known worldwide as one of the most beautiful and challenging golf courses in the world.

After swinging by these courses, you finally arrive at the magical grounds of Pebble Beach itself. You can certainly feel the history and heritage as you wander around the grounds, visiting the Lodge at Pebble Beach (clubhouse) and likely spending a few dollars in the golf shops and other stores around.

One of my favorite experiences was walking out of the Lodge on to the balcony overlooking the 18th fairway and green and watching those fortunate enough to pay the $450+ green fees to play the legendary course. We were even able to walk down by the 18th green and get a close-up look at the pristine course set among the rough terrain around Monterey.

Who would have thought that a lone tree situated along a strip of rugged coastline could be as symbolic and iconic as ‘The Lone Cypress’ which for more than 250 years, has remained alone on this stretch of the peninsula. This solitary tree has become the symbol for the Pebble Beach Company so this is one of those ‘must-see’ landmarks as you make your way along the 17 Mile Drive. 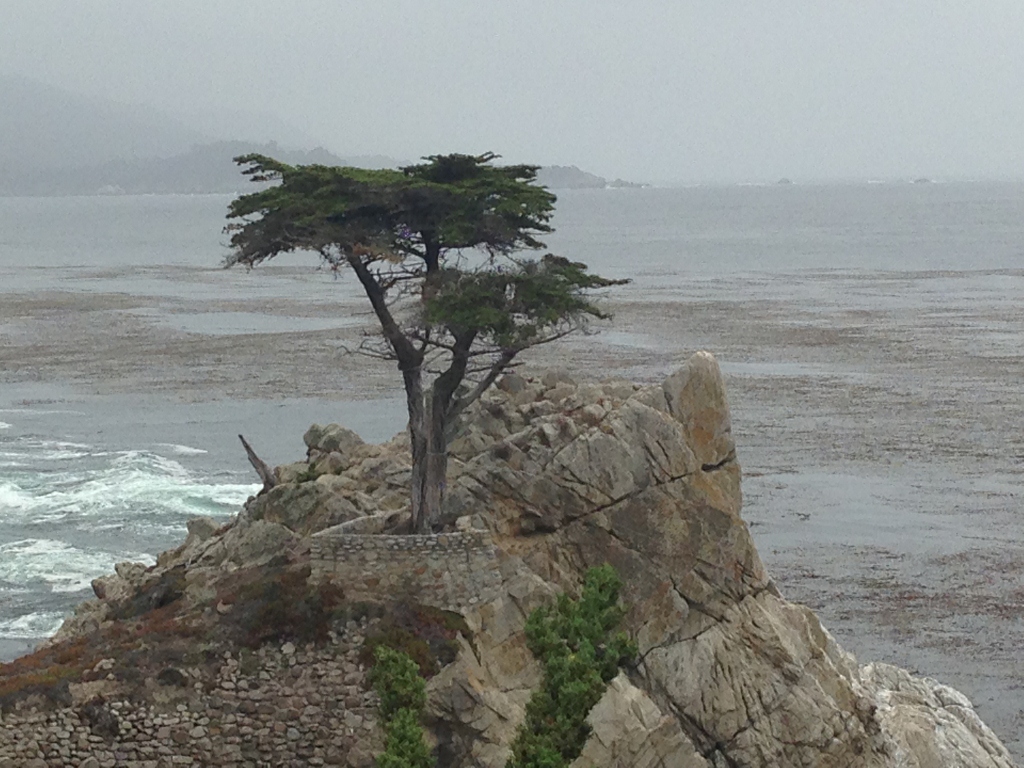 There are countless spots along this piece of coastline that provide breathtaking scenic backgrounds, but there are not many better than the Cypress Point Lookout which is sometimes closed from time to time to protect the breeding sea lions.

If you are fortunate enough to visit during a time when this is open, like we were (thankfully!), you can spend hours here taking in the views, breathing in the natural ocean air and observing the sea lions on the rugged rocks! 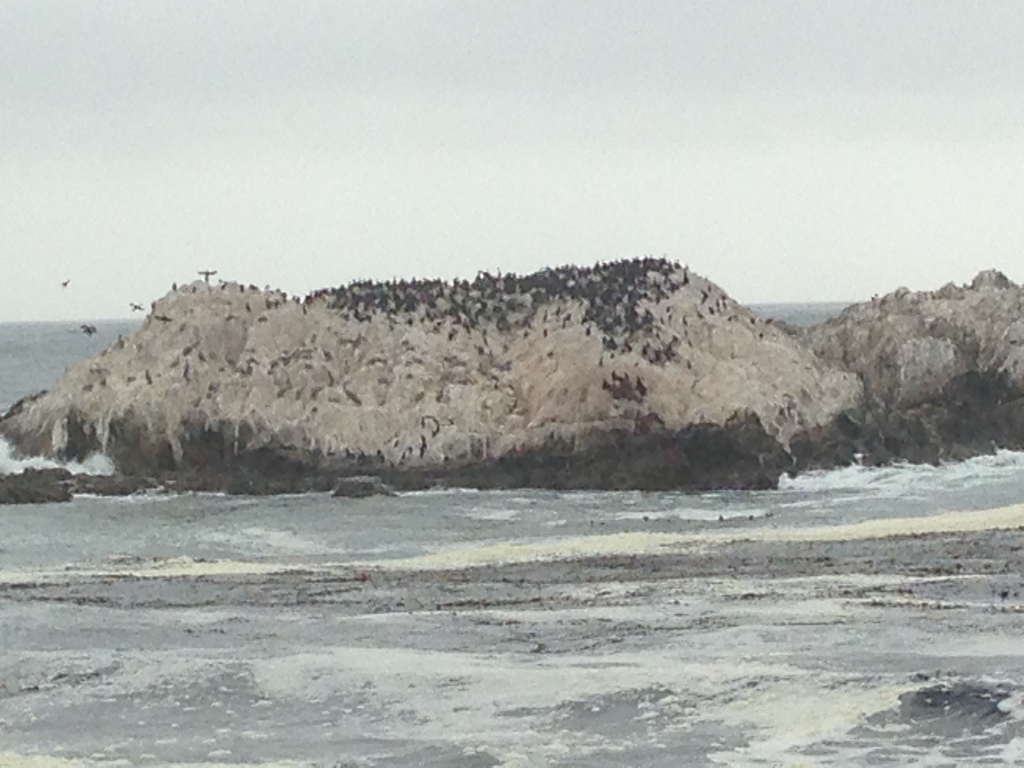 Aptly named as being the home for thousands of birds and a variety of species, ‘Bird Rock’ is the hang out spot for many species of bird life as well as seals and sea lions that relax in the sun on top of this rocky structure.

When you approach the location of the ‘Ghost Tree’ you are met with a host of other ‘deathly’ white trees that make the area have a real eerie feeling. This is one of those spots that ghost believers love because as the dense fog moves in over the ocean and makes the drive along the coast a little trickier, this tree is highlighted as the point that folks try to avoid (many tourists apparently have had to swerve to miss this) as they maintain their focus on the road rather than driving head on into the abyss. 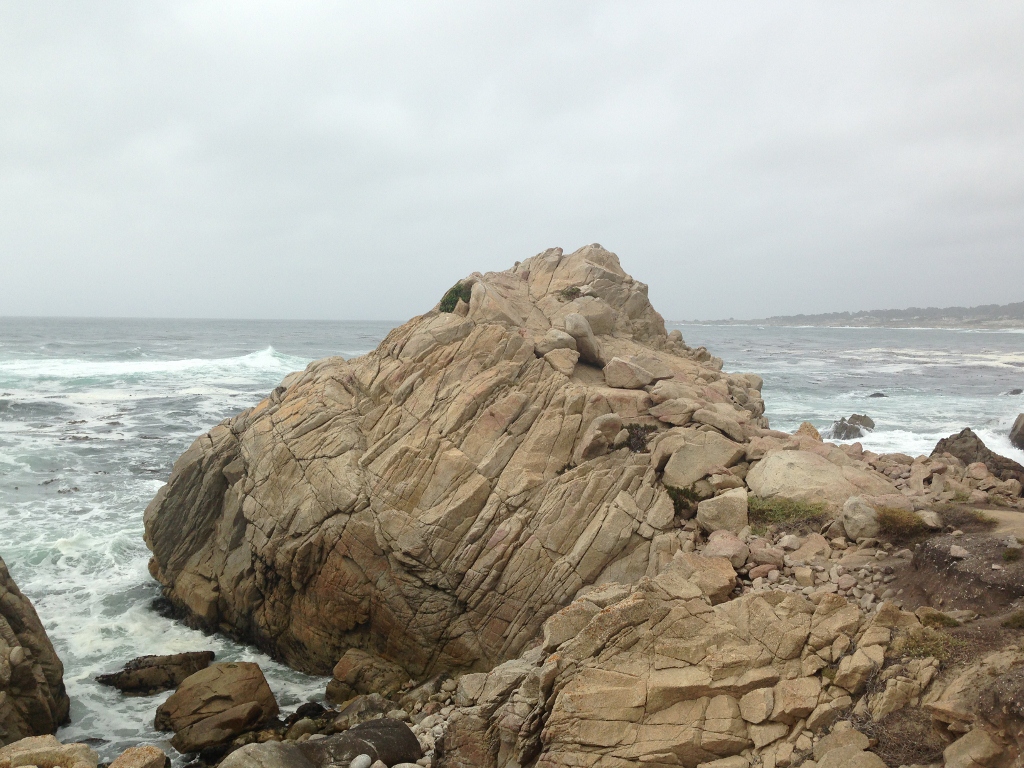 There is so much beauty on the 17 Mile Drive and much of this can be found by just pulling over either on the side of the road or in one of the designated ‘pull-over’ spots so that you can just sit and gaze over the Pacific Ocean realizing that you may as well be at the end of the world!

When we visited here, Heather reminisced about her first experience at Land’s End in England which is the southern tip of the UK and the feelings returned as you peer out into the ocean distance. There is nothing to be seen out there aside from water but this in itself contains an inner beauty and sense of relaxation. 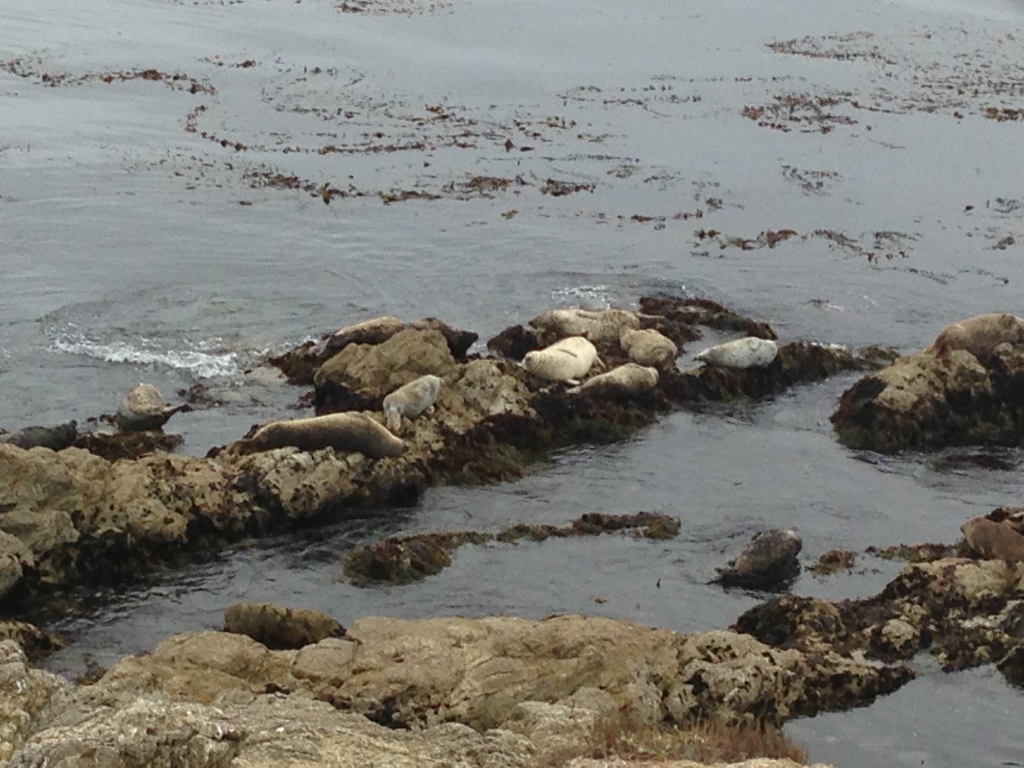 I would pay the $9.75 every time to revisit the 17 Mile Drive! There are always going to be critics and complaints thrown around when you have to pay to see things, but I think this is a great way to keep out those people that probably wouldn’t appreciate the beauty present throughout this neighborhood. I hope that whenever we return to the Monterey Peninsula, I will be able to play Pebble Beach but I certainly cherished the memories of being able to stand on this course which has so much history.

Have you been on the 17 Mile Drive and if not, do you plan to?

What is your favorite spot along the drive?

[…] Driving along the 17-Mile Drive was a cool experience as we saw a variety of wildlife and beautiful landscapes before we headed inland en route to Yosemite National Park. I think Jessica summarizes this pretty well but we would love to head back there and explore more of the park! […]

I've driven the 17-drive a few times and think it's stunning with so much to see which is why I prefer to be the passenger and not the driver. :) I've even had a picture taken at Cypress Point Lookout. Fun post to read!

I love scenic drives so much...I haven't been fortunate enough to be here, but would love to!

If you love scenic drives, then this is the perfect spot for you! So much to see, so much to do and the views are breathtaking!

That is quite a lot of birds on that rock! Looks like a nice scenic drive, 10 dollars isn't too bad, do you know if it goes towards maintenance or just the government wants money?

Apparently that is a pretty popular habitat for those birds!! It really is a beautiful drive and with all those attractions and stopping points along the way you can spend quite a bit of time here to get good value for money.

By all accounts, the money goes straight into maintaining the roads and parking areas on the drive though I wouldn't be surprised if a percentage went to the local Monterey governments (isn't that the way it always works!!).

I'm having a hard time imagining sea lions breeding on this concrete lookout. Couldn't find a picture either, guess not a lot of people are lucky enough to see it!

Sandra, I know it's pretty unbelievable and when you see them in person it's even more crazy as they are just relaxing around the rocks or dropping into the ocean for a quick bathe! The area close to 'Seal Rock' is pretty fenced off so you can't get real close to them which is understandable.

If you go on the 17 Mile Drive, I can pretty guarantee that you will have a chance to see them just because there are so many of them. It was pretty overcast when we went as you can see from the images but if you go on a nice day you will probably get some great shots.