Wouldn’t we all love to travel the world and go on a proverbial International Travel Extravaganza? There have been times that I have wondered what it would be like to just pack a bag and set off on a round the world, once in a lifetime, trip to see all the amazing sights that our planet has to offer. What would be on top of your bucket list if you were given this opportunity? Would you want to visit the Seven Wonders of the World? There are so many ideas and routes that you could take that probably not any one person would choose to pursue the same trip.

Whenever I graduated from the University of Manchester, I almost embarked on a global trip with a friend but for one reason or another our proposed journey fell through. Maybe we were too young at the time or maybe it would have been a life changing experience for both of us. I don’t know about then but what I do know is that realistically speaking I would love to travel to a variety of different countries, not only to cross them off my bucket list, but also to expand my cultural background and learn about how other folks live. 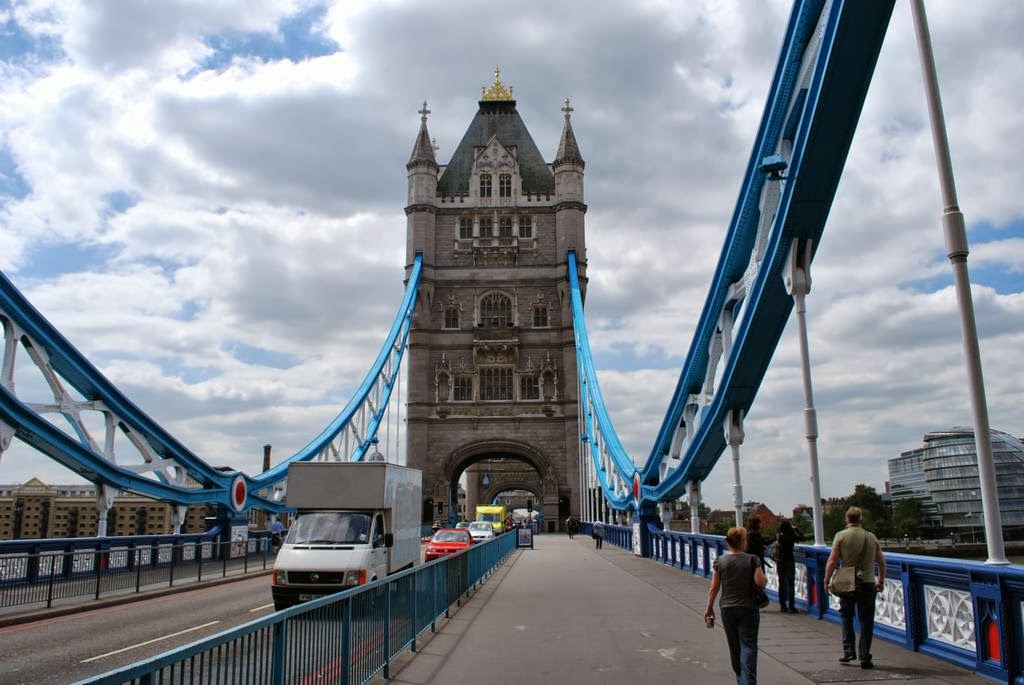 Europe is probably the easiest for me to start with as I am from the United Kingdom. I have travelled much of England and also several locations in both Wales and Scotland. Aside from that, my European travel is limited with only a solitary trip to Southern Spain (Benidorm to be exact) to speak of. There is so much more out there to experience and both Heather and I are intrigued by the opportunities that are out there. Heather has a desire to visit Paris, in particular the Eiffel Tower, so this is one of our ‘must visit’ places in the near future. I have always had a desire to visit the Scandinavian countries, though the cost of visiting these countries is high. Europe is much like the United States except the proximity of States is in turn how close countries are to each other. Taking a road trip around Europe or embarking on the Eurorail would be a great way to get around. Plenty of things to do, plenty of different cultures to experience and a myriad of options available in Europe! 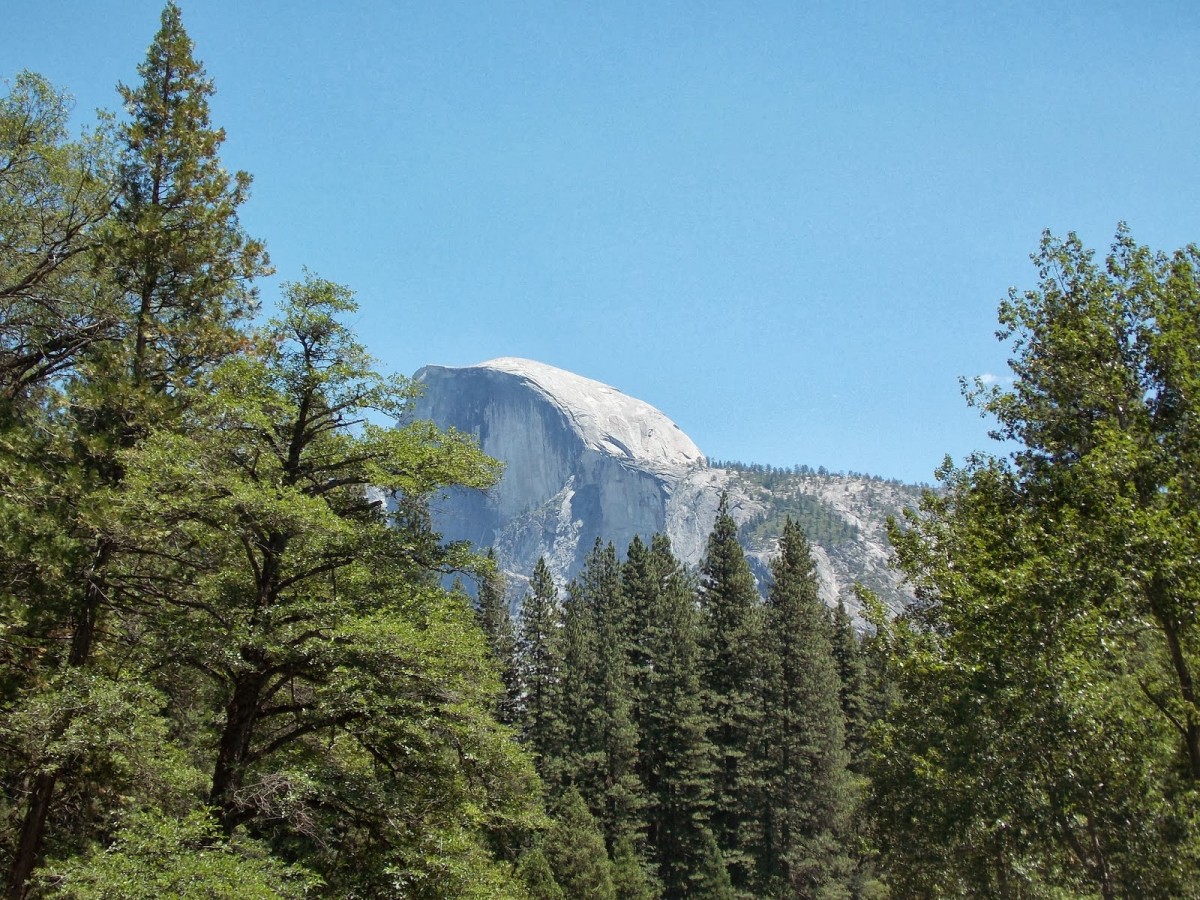 Since arriving in the US in 2006, I have been fortunate enough to travel to several of the states, though many are those that most tourists would probably never think of visiting. There are still a lot of different places I want to see in USA, in particular I am looking forward to our trip to San Francisco in July 2013 but also I have a desire to road trip around the North East. I think the close proximity of the North-Eastern states and the fact there are several major cities within close distance to each other is a major drawing point for me. Canada is another country that I would love to visit. We were considering here for the July 2013 trip but opted for CA instead. Hopefully we can visit north of the border sometime soon. The same could be said for Mexico as we were looking into all-inclusive resorts. Something just didn’t appeal about Mexico, though many who know me in the States would know that Mexican restaurants are at the top of my favorite cuisine here. 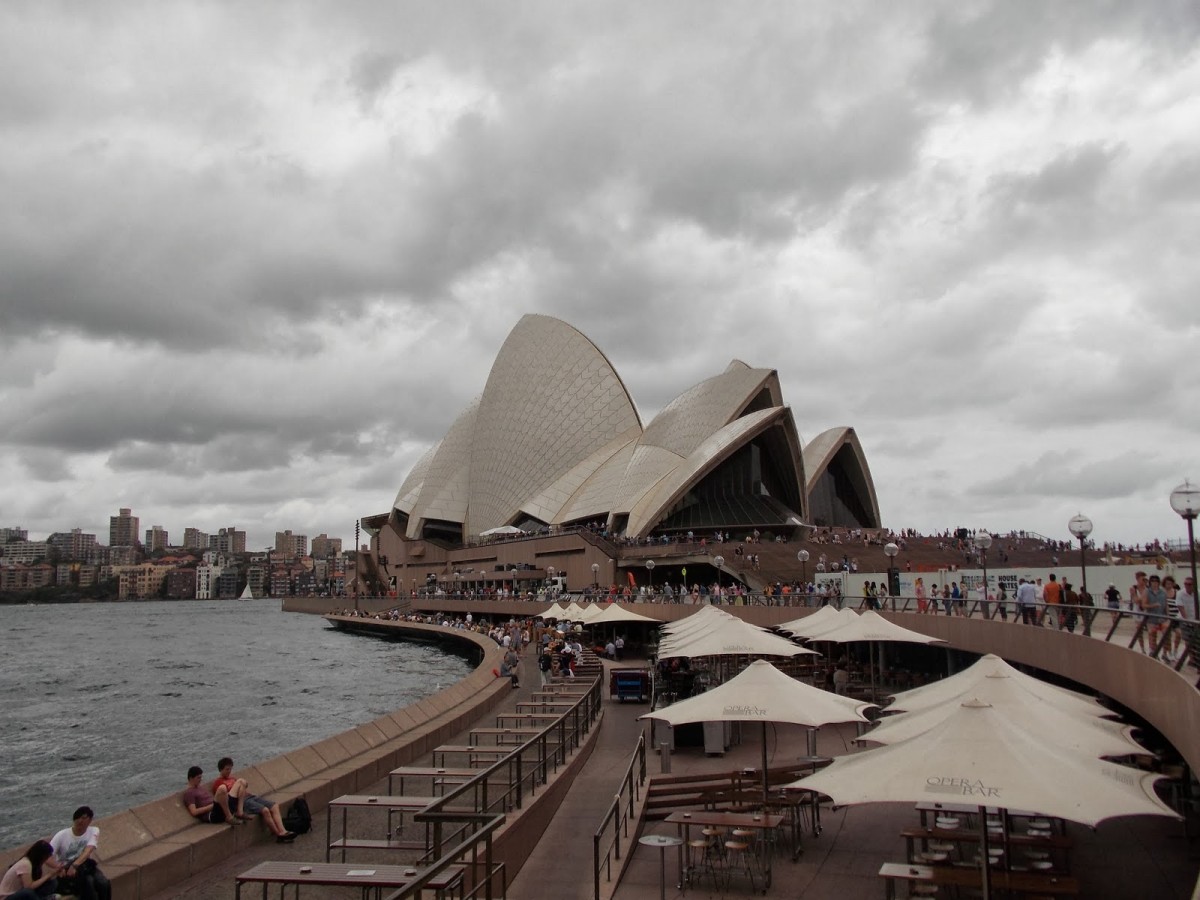 We were very fortunate to visit Australia in December 2012 for our belated honeymoon. We had a blast here but only spending 10 days was not sufficient to allow us to visit everywhere we wanted to see. I also have a strong desire to visit New Zealand and some of the lesser known islands such as Fiji and the Cook Islands. There is so much beauty in the Southern Hemisphere and this is a great place to get away especially at Christmas when you are experiencing the cold winters, just head south and you are back in summer climates! 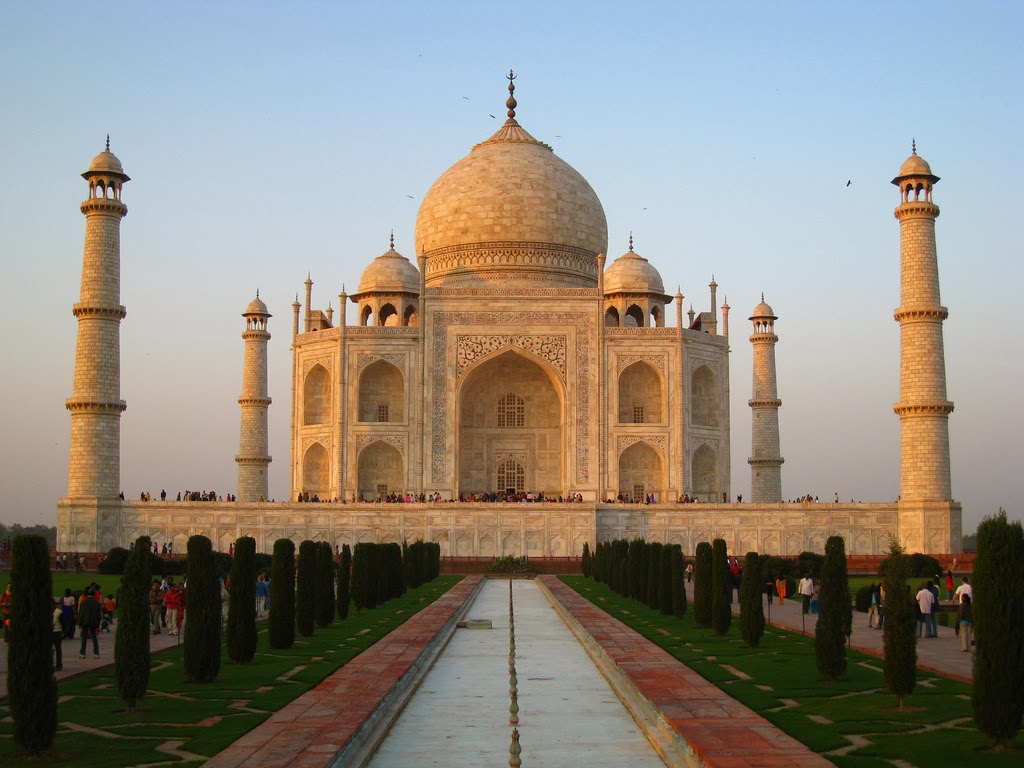 The Far East is such an intriguing part of the world. I will be the first to admit that for the most part, the thought of traveling around Asia is not really my cup of tea and I have never had a particular desire to visit this part of the world. However, there is so much modern technology that is derived from the Asian markets, who in the right mind would not want to visit the likes of Japan, Taiwan, Thailand or even India. These are without doubt the emerging markets of the future and will help shape the economy of the world we live in today and into the next decades. I noticed earlier this week that flights from LA to Narita, Japan were as low as $650 round-trip and I was seriously tempted to looking into this! Hopefully we will venture out East at some point because I know it would be a great cultural experience for both of us. Everyone that I know who has visited Asia has loved their experiences there. 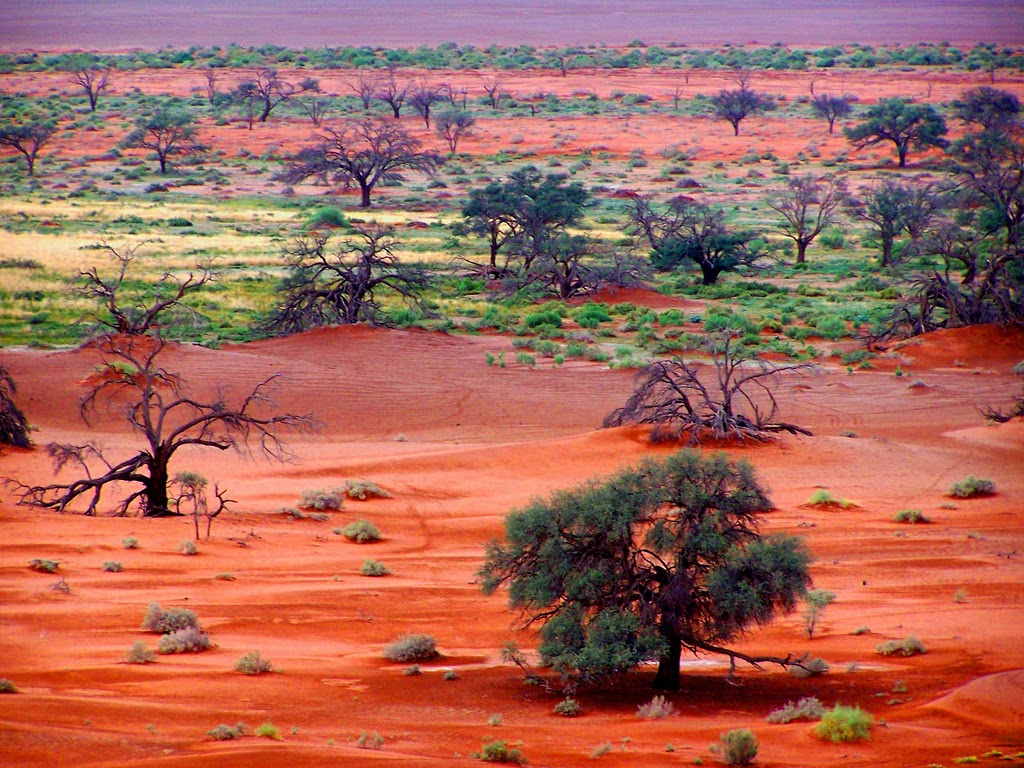 Much of Africa is rarely among most peoples travel thoughts. South Africa is obviously one of the more popular destinations given its development as a nation and the fact that it’s location in proximity to the ocean but also nearby safaris make this appealing to tourists. Other nations throughout the continent are suffering from high levels of poverty, drought, famine and disease ridden plagues which make them very difficult to attract the levels of tourism which would undoubtedly bring in much needed income. Before we headed to Australia for our honeymoon, South Africa was one of our top destinations to visit and we would both still love to visit this country. Climbing to the summit of Table Mountain, overlooking Cape Town would be great and then being able to take a safari into the wilderness is also an appealing thought. Northern Africa is also a great hub of tourism with the likes of Egypt, Morocco and Algeria’s proximity to Spain being major attractions for travelers. 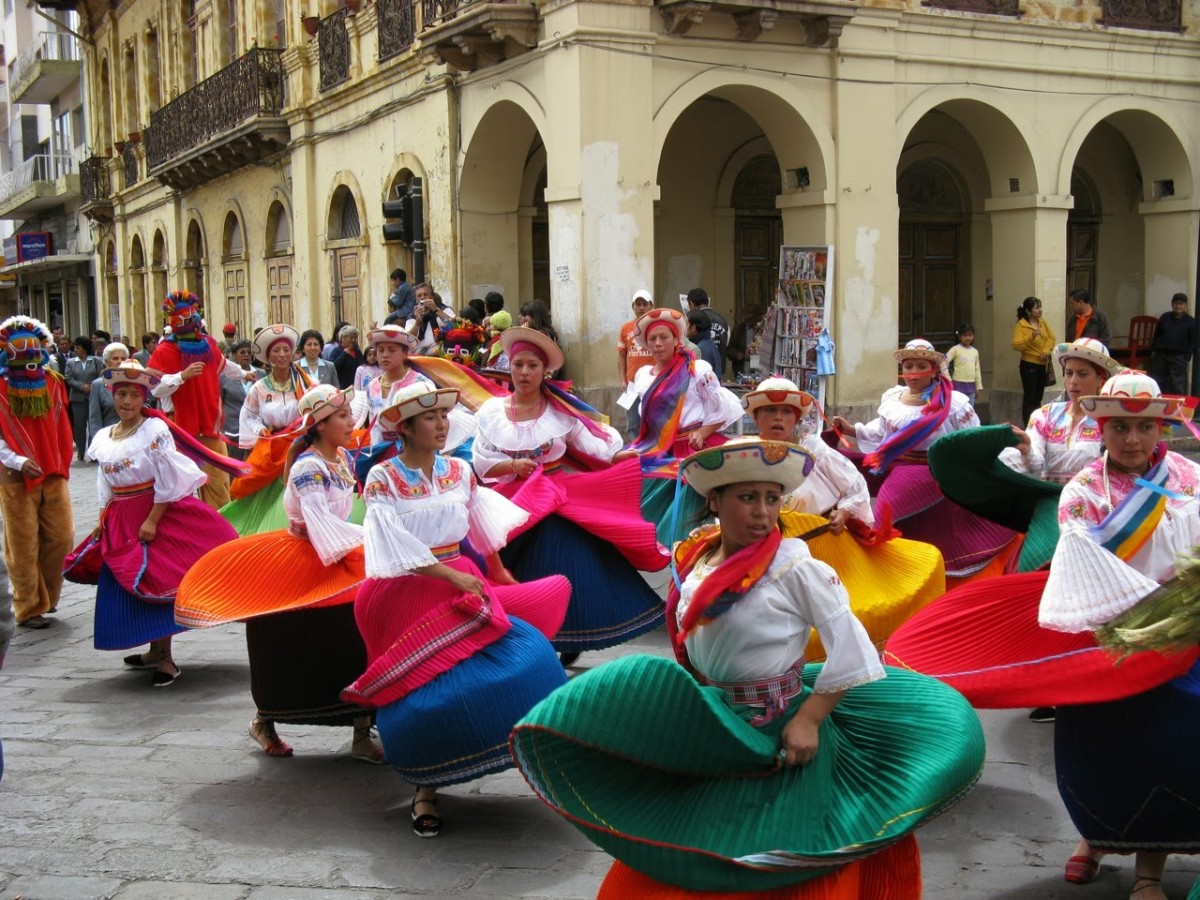 Rio de Janeiro in 2014, the home of the football FIFA World Cup would be a great place to head to if you have never visited South America. Or you could wait a couple more years and visit this same city in 2016 when it hosts the Summer Olympics. Either way, Brazil is a thriving country that will be developing economically in the next few years with such huge events hosted there. Whenever we are browsing around Pinterest and those great images that people pin on their boards, there are always great sights in South America, whether it is the wonderfully named Iguazu Falls or the dangerous roads in Bolivia. There appears to be great opportunities here and hopefully one day we will be able to experience some of them. 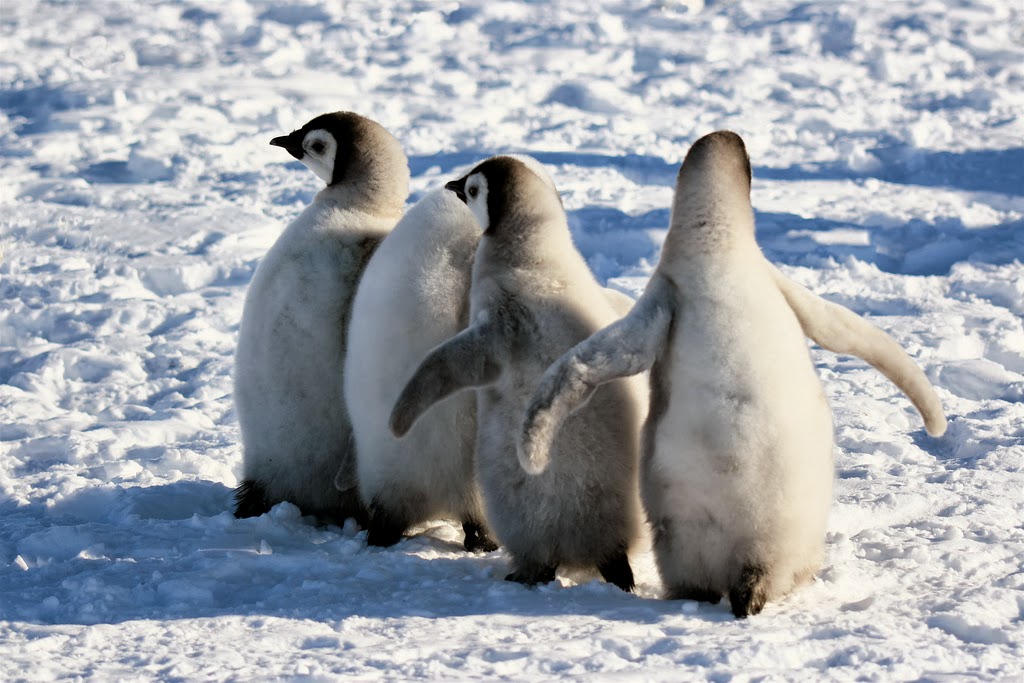 There really isn’t much to say about this unknown gem of a continent except “how cool would it be to visit there some day!” One of those expensive cruises from South America would be great but realistically experiencing what it is like on this continent in New Zealand at the International Antarctica Institute may be our best option.

So is traveling to all the continents on your bucket list?

If so, which countries in particular are you most excited about visiting and why?

Nice Article. I travelled 116 countries. All continents except Antarctica. My must do pending list is Norway & Iceland, Mongolia & Antarctica.

Thanks so much! Norway and Iceland are awesome countries - we love them both and cannot wait to return! Agree that both Mongolia and particularly Antarctica are our our bucket lists also.

Dear Sir Thanks for your opinion about India. But you should definitely include India in your Traveling list because India has vast cultural, Historical, Wild life, Hill Station , In short we have all type of Travel interest Hope you add India in your nest trip

Going to every country is on my bucket list!! I have been to all continents except Antarctica. It doesn't hold much appeal to me.

There are so many awesome places to go in the world, why just have one trip of a lifetime anyway? :) I really love Mexico, you should definitely get there with living so close. Rio is absolutely spectacular too.

I want to go to Antarctica so bad. I mean although it's cold and there's ice and stuff, how can you not want to go hangout with the cute penguins?! I'd love to go to all the continents for sure, haven't been to Europe but looking forward to finally visiting!

So many great photos and great places to see! I would definitely love to visit them all too.