In the late 18th Century when America was still under the power of the sovereign British throne, members of the 13 original colonies embarked on a meeting place in Philadelphia and came to the decision that enough was enough and they wanted to have their independence. Cutting all ties in terms of control with the British Empire was going to be a long fought struggle but eventually on July 4, 1776 the United States of America were able to celebrate what is commonly known today as Independence Day.

Entering Philly today, you see a mixture of a remake and originality of the past two centuries of history present here. Here is a quick review of the top landmarks present in Philadelphia, PA, some of which are related to the topic of independence while others are more infamous for movie traits or other domains in society:

This is where it all started! Independence Hall is the home of where both the Declaration of Independence and the United States Constitution were debated and adopted. 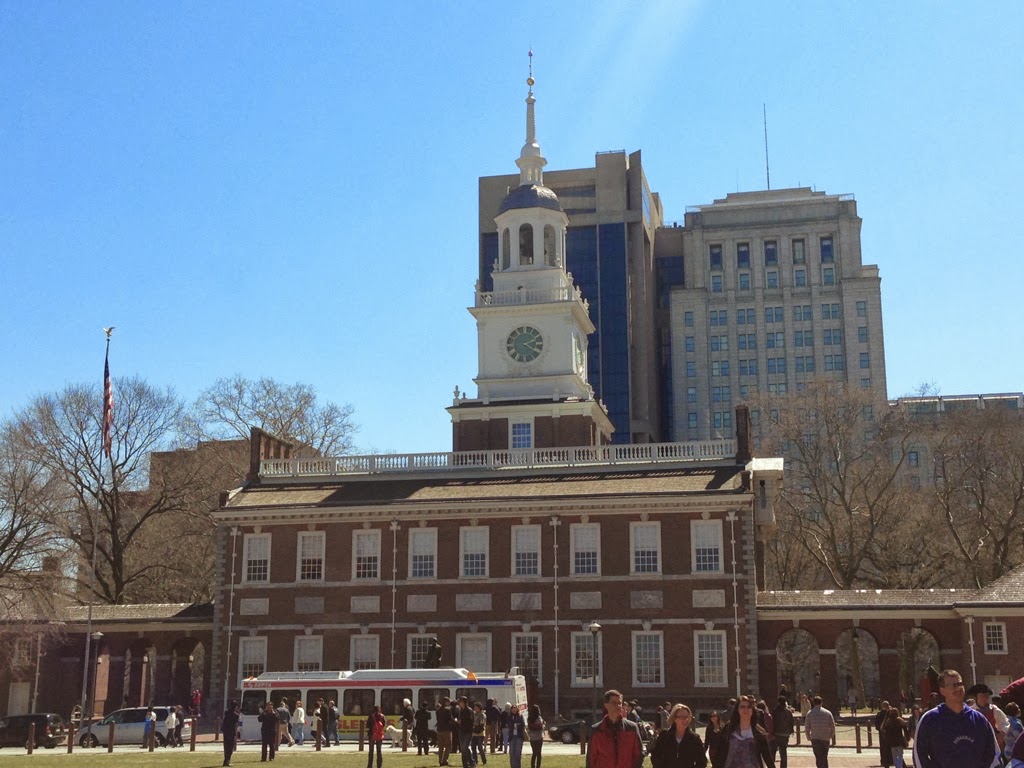 Walking around the guided tour which just as a sidenote requires you to get tickets (they are free by the way!) in the morning for an afternoon viewing, is a real treat and the experienced guides have plenty to talk about as they describe the rooms that you set foot in and recall how the likes of Adams, Jefferson and Washington sat in those infamous seats and discussed the nation’s future.

The bell tower steeple of Independence Hall was the original home of the Liberty Bell. It has since been moved to the Liberty Bell Center which sits just outside the grounds of Independence Hall. Walking through the location you are given detailed descriptions through wall displays and videos of the history behind the iconic bell. The final part of the self-guided tour of the Center is to actually stand beside the impressive structure. 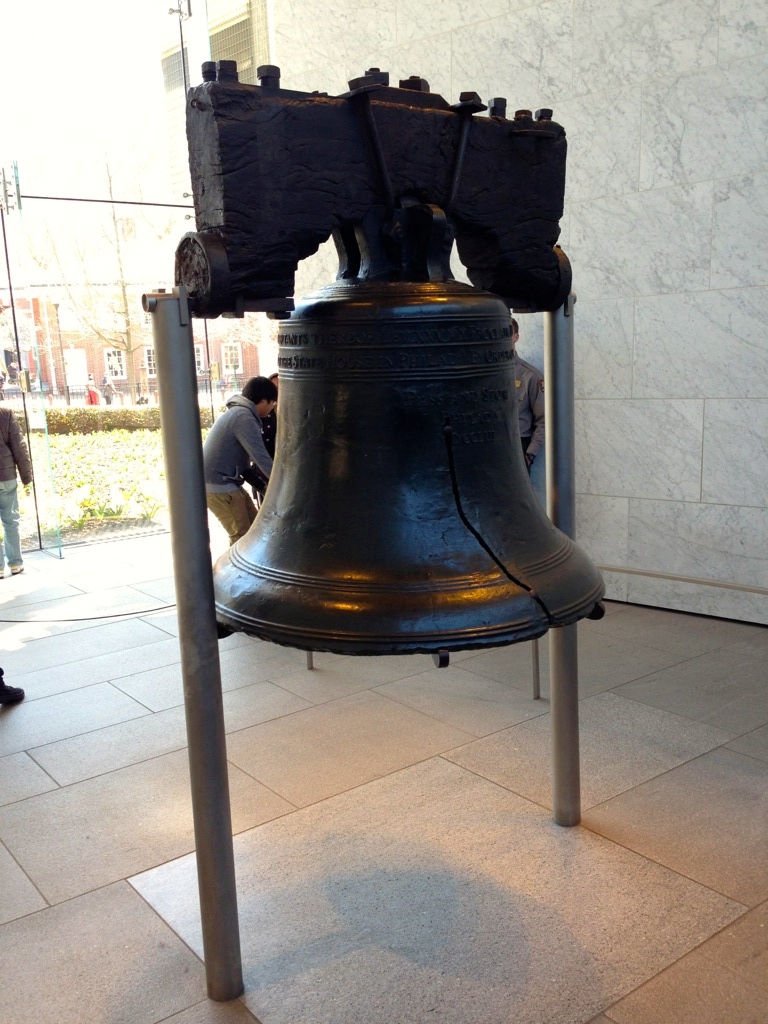 Professor Constance M. Greiff, in her book tracing the history of Independence National Historical Park, wrote of the Liberty Bell:

The Liberty Bell is the most venerated object in the park, a national icon. It is not as beautiful as some other things that were in Independence Hall in those momentous days two hundred years ago, and it is irreparably damaged. Perhaps that is part of its almost mystical appeal. Like our democracy it is fragile and imperfect, but it has weathered threats, and it has endured.

Located in the heart of downtown Philly, City Hall is the nation’s largest municipal building that serves the Philly government. It is specifically situated in the exact geographical center of William Penn’s original 1682 plans for the city, now known as the intersections of Broad and Market Streets – Center Square. 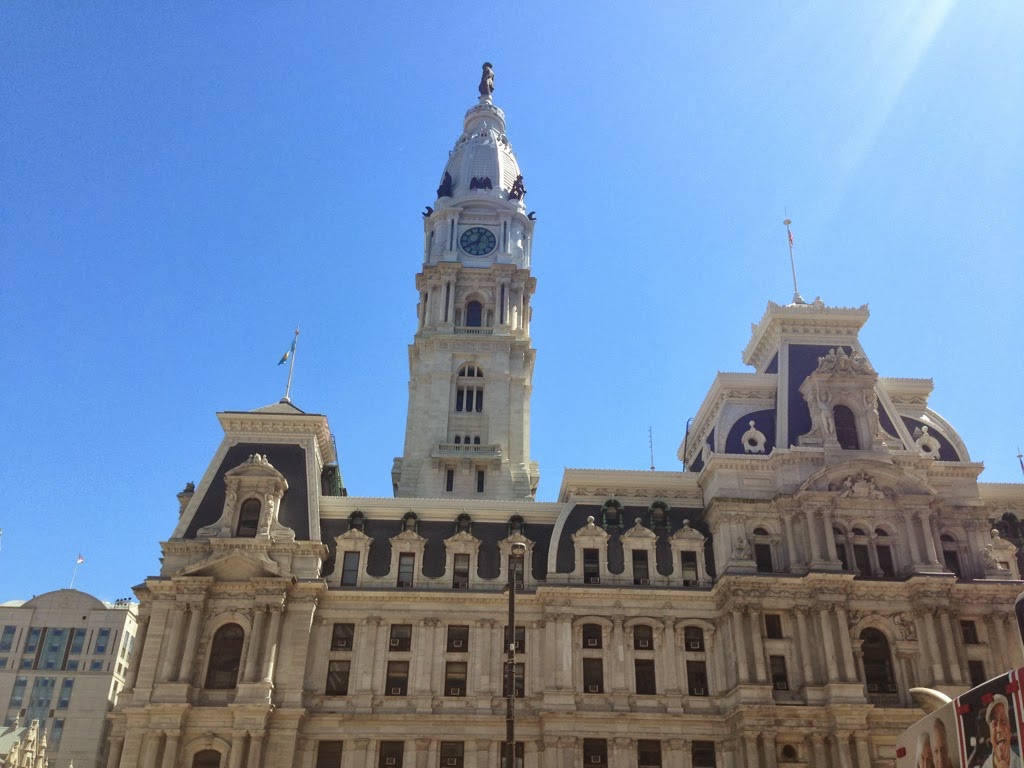 This impressive structure is at the pinnacles of the downtown area. With so much traffic moving around this area via public transportation and day to day activities, City Hall certainly does not go unnoticed to passing bystanders.

You may be wondering how the Philadelphia Museum of Art gets on a list of such iconic landmarks. Well if you are interested in art you would probably know why right? Of course, it’s one of the largest museums of art in USA and it invites visitors from around the world to explore its renowned collections and acclaimed special exhibitions. And that’s the Museum of Art….or is that all it’s famous for??? If you have seen the picture above you may be wondering where you have seen these infamous steps before. Well they are at the heart of one of the most famous movies of all time – Rocky! To honor Rocky’s training regime up the steps, there is a statue of the legend himself at the bottom and this is certainly one of the major tourist attractions in the Philadelphia downtown area. 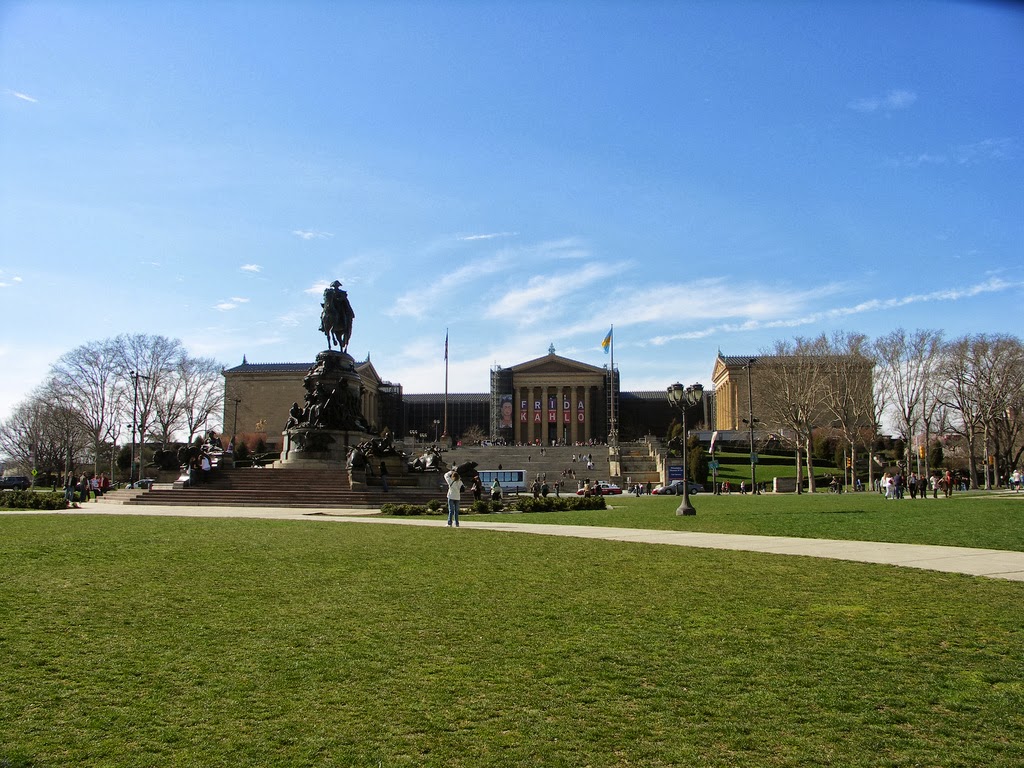 As famous as the statue itself are the stairs leading to the East Entrance of the Philadelphia Museum of Art, aka “The Rocky Steps.” Making the iconic trip up the steps is regarded as a symbol of perseverance and determination. So now you probably realize why the Museum of Art is included in this list of Philly landmarks.

If you are a sports fanatic and are in the Philadelphia area, head down the Broad Street (orange) line on the subway and get off at the AT&T station because you will be close to all of Philly’s major league stadiums. If you are interested in MLB, you can catch the Phillies at Citizens Bank Park. Lincoln Financial Field is home to the NFL’s Philadelphia Eagles and the Wells Fargo Center is home to the 76ers. A great spot to catch some afternoon or evening entertainment because all three are within walking distance of each other. 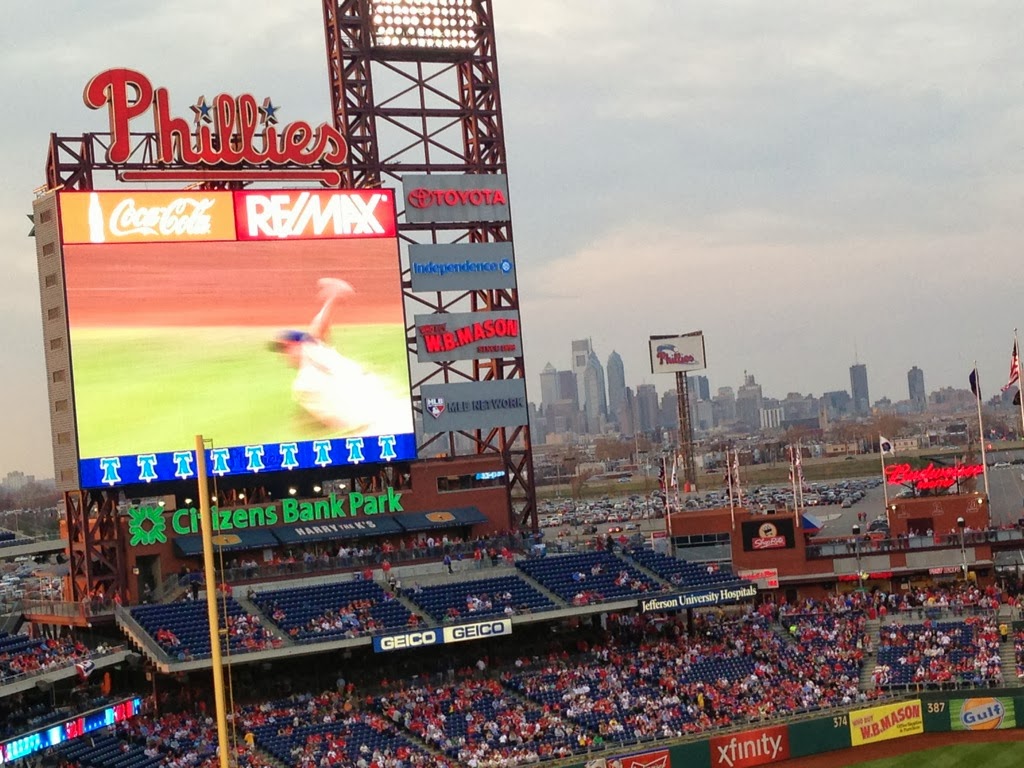 Even though I spent almost a week in Philadelphia primarily for a conference at the Pennslyvania Convention Center in downtown Philly, I had sufficient time to investigate all of the above landmarks and each one is definitely very impressive and worth visiting.

Being a Virginian, I would quibble that America's birthplace is Jamestown, and not Philadelphia - even though I realize that the colonies did not become "American" until later on in Philly! ;P Great post, though! We were able to visit Philly in 2012 and the only thing we weren't able to squeeze into our weekend was a quick run up the steps of the Philadelphia Museum of Art a la Rocky Balboa style! Maybe next time!

Right on, it's definitely easy to overlook the fascinating history of some places. The buildings look so beautiful. I love the mixture of old school and contemporary architecture.

Very true Anastasia! I think one aspect that I really enjoyed is the fact that York has maintained so much of the medieval look and yet they are able to move forward among today's modernization.

Is it bad that all I wanna do is rush on over and ring that old bell? I know I'd get in trouble, but it seems like it would be worth it.

LOL, I can't condone that but I have to admit that when we were stood there in front of the Liberty Bell, we were kind of thinking the same thing :) Or at least watching someone else go and do it so that we were not the ones getting in trouble. By all accounts though, the bell is pretty fragile.

Haven't been to Philly since I was a kid so I had forgotten a lot about it. Thanks for bringing me back. Great post :)

Cheers Erin, it would be interesting to see how much Philly has changed since you were last here. We did the Independence Hall tour again yesterday and it's cool seeing the kids learning about their heritage and American history first hand in the place where it all started.

Very informative. Haven't been to Philly since I was a kid so this brought back a lot I had forgotten about! Thanks for that ;)