One of the highlights of our trip to San Francisco was visiting the island of Alcatraz! The island is of course famous for the prison, but it also has other key characteristics that made this famous as a fort, a natural habitat and a Native American homeland. 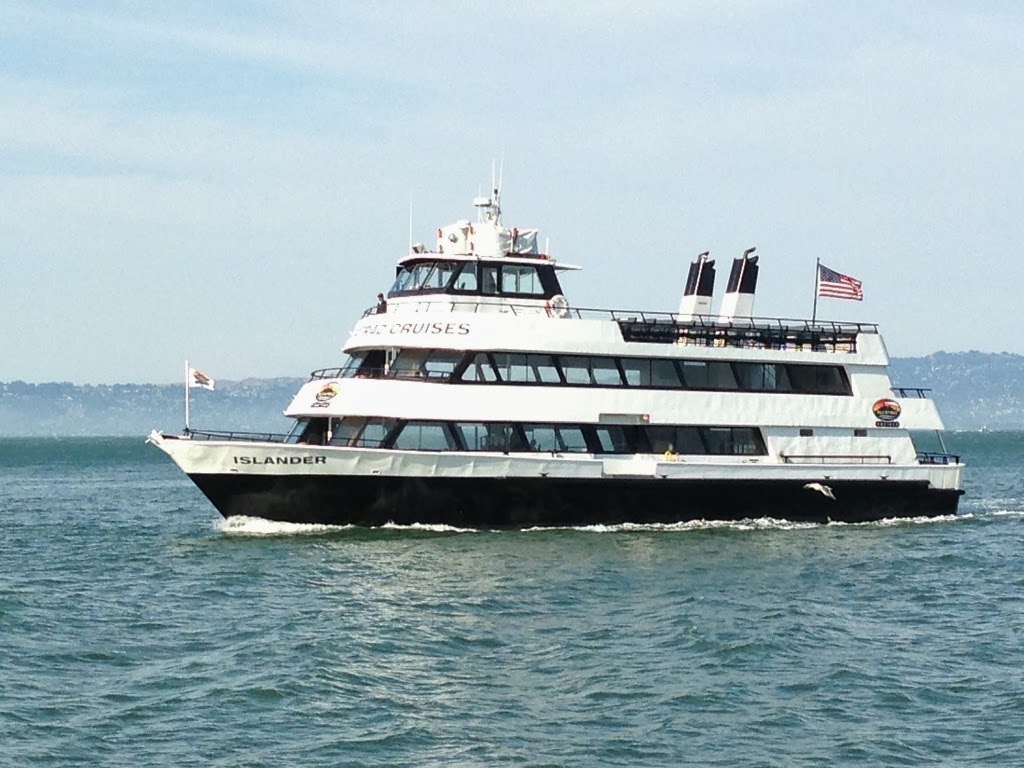 The tour begins on land as you embark on the Alcatraz Cruise which sets sail from Pier 33 on the San Francisco Bay side and is about a 15-20 minute cruise to the island providing great views of the San Fran skyline, the Golden Gate Bridge, mountains in the background and of course the island itself.

After arriving on the island you are given a very brief introduction from a national park ranger, and then you are left alone to go on a self-guided audio tour of the island. Rather than going into intricate details of the tour, here are our top 5 ‘must-see’ aspects of the Alcatraz Tour:

There were of course many escape attempts during both Alcatraz’s time as a military prison between 1859-1933 and as a Federal Penitentiary between 1934-1963. During this latter time, a total of 34 men that tried to escape in 14 separate attempts. Five of these men were never heard of or seen again, and are presumed to have drowned due to the severe current and frigidity of the water. One inmate successfully crossed the stretch of water but was captured on the rocks of the Golden Gate Bridge with exhaustion.

Throughout the tour of Alcatraz, you are given detailed accounts of the escape attempts and you can see the various spots that the attempts took place.

I would say that the best experience of the tour is being able to stand inside one of the cells and envision for a few moments at least, what the inmates were feeling. For the most parts, the cells are small, ‘dingy’ and pretty much what you would consider stereotypical solitude but at the end of the day, prisoners knew that they had to survive and deal with the conditions the best they could. 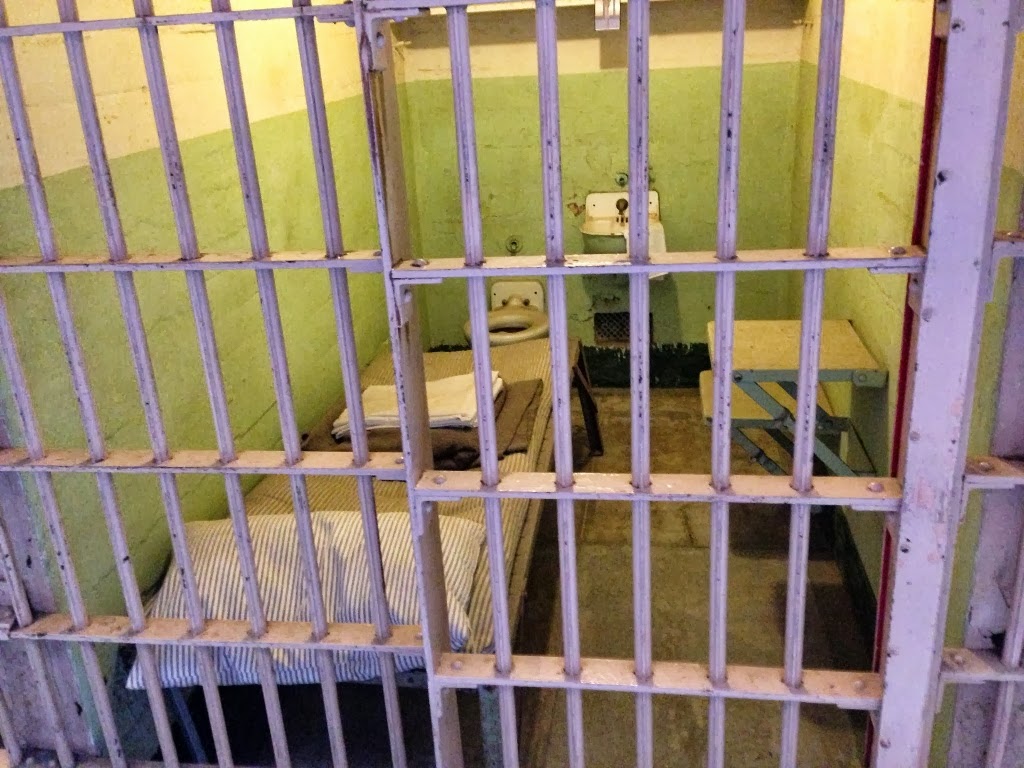 Some would deal with the conditions better than others while those that struggled and caused problems, would be resigned to dropping to the notorious ‘D-Block’ which although the cells were slightly larger, had much less sanitation and poorer living conditions in general.

When you think about Alcatraz and its buildings, you first thought is likely to be the main prison cell house which of course is the iconic image and architectural giant on the island. However, there are many other landmarks that served a roll on Alcatraz. The ‘Dock’ was originally completed in 1854, and has been modified and enlarged several times since then. Built in 1857, the ‘Guardhouse’ is the oldest building on the island. This was the first line of defense against any form of attack and contained gun ports and various firing positions on the roof. The ‘Warden’s House’ was a pinnacle landmark as it housed the leader of the island. In 1970, a fire ripped through the abandoned building leaving the shell and remains that you see today.

The Policies and Regulations

Learn about the daily routines of the inmates and in particular what they were allowed, supposed and expected to do. One of the most insightful of all the policies set forth in the inmates handbook was rule #5

You are entitled to food, clothing, shelter, and medical attention. Anything else you get is a privilege.

The inmates met three times each day as a group and this was probably one of the more appealing times of the day as for 20 minutes they were able to eat a relatively good meal and dine in what they would deem to be a luxury setting. However, this was also three times a day that was the most dangerous for the guards and wardens on duty, as the potential for fights and attempted group attacks was a definite possibility.

The dining room today is still pretty much intact and as you stand there it is a pretty small room which given that it would house anywhere between 260 and 300 inmates at any one time, was not the most appealing thought for anyone thinking this was a time to relax away from the confines of a cell. 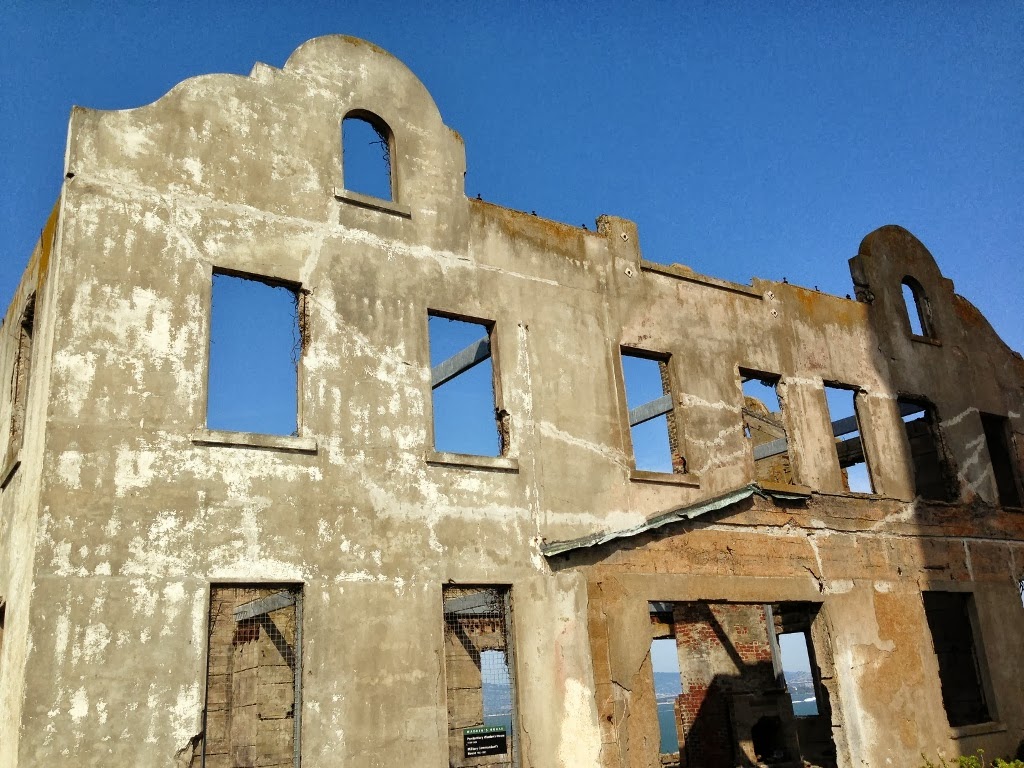 These are only a few of our highlights from our trip to Alcatraz. We spent three hours on the island and were not able to see everything there. I would certainly recommend getting on an early cruise and spending the majority of the day there because you can learn a lot of history and get a better understanding not only to the location of Alcatraz and its relative proximity yet distant nature from the San Fran coastline, but also the experiences of inmates and conditions they were forced to live in.

Have you visited Alcatraz before?

If so, what did you learn from your experiences there?

[…] spent a long weekend there exploring all of the main tourist sights such as Alcatraz, Golden Gate Bridge, Lombard Street and of course those quirky streetcars which are the only wait […]

Thank you for your kind comments! We really enjoyed our time on the island and as I mentioned earlier, we could have spent a lot longer there. I can completely appreciate folks that go back time and time again because you will likely learn something new each time you go.

You know, it's an interesting topic that you brought up about what the inmates think about when they are stuck on a remote island for so long. I don't think it is disturbing rather, it makes you think about the sense of fear and desire to escape that was likely going through the majority of their minds. One amazing thing to me was the location of the island. It really is in the perfect spot because the criminals are 'right on the edge' so to speak because they can see the San Fran Bay area so close yet in reality it may as well be so far away given the current and cold waters that lay between them and freedom!

This is certainly a topic that could be discussed for a while and that was one of the reasons why I left the post pretty open because I didn't want to spoil it and go into every intricate detail for those yet to visit the island!

Nice photos!I was intrigued by the whole place. Wondering what went on in the minds of criminals is fascinating to me, albeit disturbing too. In fact,as a souvenir I bought the deck of informational cards of the prisoners, their crimes etc.Also of "concern" was the Wardens House and the fact 'regular' people worked, lived, and even raised their children there! I can't imagine what a mom might be thinking on a daily basis!! Sounds like you had a nice time!

Thanks for your kind comments! I have just read your post and it is great also! We both really enjoyed the experience on Alcatraz and learned an awful lot more than I think we initially expected. We spent 3 hours there and easily could have spent all day.

Awesome post. I am glad you guys enjoyed yourselves in San Francisco. I wrote about it when I visited also and I called my blog post the same thing..almost http://www.joebrucker.com/2011/02/the-rock/