It’s fair to say, the internet is filled with a plethora of information on pretty much every destination in the world. And while those that are well researched and accurately written can be extremely beneficial to would-be travelers, sometimes they just “don’t cut the mustard!”

First up, we’ve got Chicago, Illinois in the north, going toe to toe with Jackson, Mississippi in the south. With similar attractions, it’s a tale of two cities as we put these two US state capitals (Illinois and Mississippi respectively) under the microscope to see who comes out on top.

At first glance, you may think this is a pretty unfair comparison. 99.9% of you may immediately think that Chicago, aka the “Windy City” will be the preference among travelers around the world. Stereotypes suggest that this is a true statement but by starting a series like this, we want to introduce some lesser known destinations and perhaps inspire you to visit “off the beaten path” locations rather than mainstream tourist hotspots.

You may be wondering why we picked Chicago and Jackson? This is an ideal route to take if you are interested in traveling the US by train(to get more information you can click here). Not only can you experience the best of both these cities, you can also enjoy cities such as Memphis and St. Louis in between! In the meantime, and without further ado – let’s discover who does it better!

First up, we take a look at the city zoos. Most major cities offer a zoo as an attraction these days – and love them or hate them, they’re here to stay. But modern zoos have needed to up the ante in recent years – and they should be more than just a place to view animals in cages.

Zoos today need to be actively promoting the health and safety of their inhabitants, rehabilitating animals where possible and making important contributions to environmental conservation. So, how did these two-famous city Zoo’s fare?

Covering 35 acres of land is the Lincoln Park Zoo in Chicago. Founded in 1868, it’s one of the oldest zoos in the country, and home to an estimated 1,100 critters.

They have an extensive science and conservation department (always a big plus for us) and a huge bonus is entry to the site is free! Having said that – parking costs a whopping $17 for half an hour, so it would be better to get here by other means! Pretty sneaky eh?!

Located within Livingston Park over 110 acres, Jackson Zoo has been attracting people for over 90 years. There are around 380 animals in its care here – but that isn’t necessarily a bad thing – as they clearly have more space for fewer residents – and animals should be free to roam.

They also have a dedicated conservation department and at just $8 for adult admission – it’s not going to break the bank if you’re traveling on a budget.

It was a close call, but we really do like space for animals to roam – and Lincoln Park in Chicago sounds a little too cramped for our liking!

Museums are extremely popular attractions in cities all over the world – particularly if you’re caught in a downpour! Perfect for wet-weather days, they can keep you entertained for hours, and are excellent sources of education for the city or country you’re in. Aside from masterpiece works of art and historic artifacts, some of the best museums are a little more unique and “hands-on.”

The windy city boasts such a ridiculously extensive and eclectic selection of museums we really don’t know where to begin! Perhaps the most famous is the Field Natural History Museum – one of the largest of its kind in the world.

Among other incredible exhibits, The Museum of Science and Industry is home to some awesome Lego structures you can get your hands on and an actual U-Boat you can explore. Then there’s the Art Institute which attracts over 1.5 million admirers annually to its jaw-dropping collection of masterpieces. To name but three!

Jackson proudly showcases important and educational establishments across a range of demographics. The Mississippi Civil Rights Museum is a must to learn of the civil rights movement.

The Smith Robertson Museum explores African-American history and the International Museum of Muslim Cultures promotes a much-needed education about an often-feared religion.

On a more light-hearted note, the Children’s Museum is particularly epic for that “hands-on” experience we so enjoy. You might have to be dragged out kicking and screaming!

While Jackson has some vital and important cultural centers, Chicago’s sheer museum monopoly wins hands down.

Walking tours are all the rage if you’re on a budget and you don’t want to spend hard-earned cash on those jam-packed red sightseeing buses. Better yet, you can do it on your own steam with a good map and a little bit of research. If you are planning a weekend getaway to Chicago or Jackson, heading out on foot is certainly the best way to experience city life. But who wins here in the battle of wandering about town?

There are a plethora of sights to be discovered while walking around Chicago, with world-famous attractions and cutting-edge art and architecture to boot. Millennium Park is the go-to destination for a stroll, including the popular “cloud gate” art installation – known affectionately as “the bean.”

The scenic walk along the Chicago River is also a winner, as is wandering along the shores of the mighty Lake Michigan. But just getting lost on a self-guided downtown walking tour among the striking skyscrapers and historic buildings make a walk in Chicago a memorable experience.

Lakeland Park is a fine place to begin a stroll in Jackson, and there’s plenty of attractions close by including the aforementioned Children’s Museum and Museum of Natural Science. Downtown Jackson has a rich, cultural heritage clear from the architectural range of its buildings.

Wander the Capitol district to further advance your knowledge of Jackson’s history, explore a variety of churches that celebrate religious diversity and don’t miss the art deco Standard Life building – the most photographed in town. Many of these sights are well within walking distance of each other – so you can go easy on your feet here. 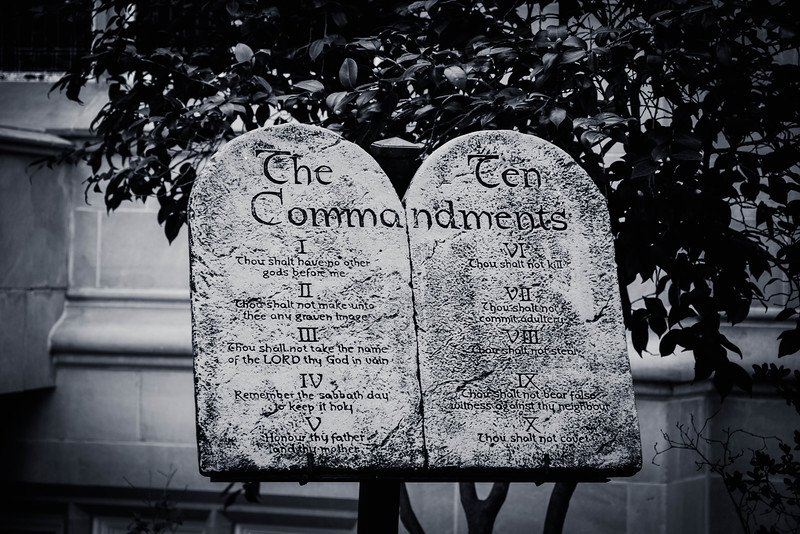 Alright, so we just might be playing fair to keep everyone happy – but both cities have a lot to offer a walking tour and we couldn’t decide. And isn’t it nice when everybody wins?!

The Romance of the Rail

It’s a split decision, so you’re going to have to make up your own minds! These two awesome and culturally diverse cities are over 1000 kilometers apart, but since when is that going to stop you visiting both?! Take a train between the two and experience the difference between the north and the south. To quote Cary Grant in “North by Northwest” –

We have been fortunate to visit both Jackson and Chicago on several occasions and have to admit that each has a unique character that continues to draw us back for return visits.

That is when you know you have a city worth visiting because there is something new to explore each time. Jackson, Mississippi may not be the first US city you think about visiting but after reviewing the museums, zoo and walking tours, I think it’s a fair assessment that this city is well worth being on your radar!

Who has been to both Chicago and Jackson? Let us know your thoughts on each city!

Hey, Chris! Thanks for having us here. It was a pleasure contributing to your blog and it was lots of fun pitting these two amazing cities. We hope your readers will enjoy the read. :)